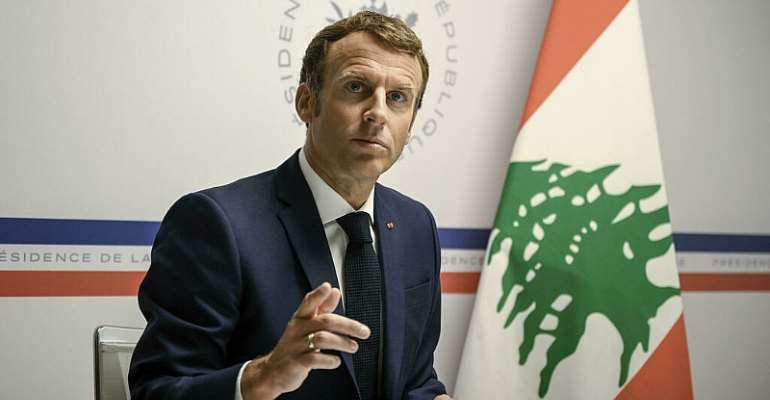 An international conference on Lebanon on Wednesday raised some $370 million in aid to meet the country's humanitarian needs, one year after the massive explosion at Beirut's port, the French presidency said.

The pledges, to be delivered over the next 12 months, go beyond the $357 million sought in the third global effort to show support for the Lebanese people, President Emmanuel Macron said at the virtual conference co-hosted by France and the United Nations.

France will provide 100 millions euros in the coming months, Macron said. Paris will also send 500,000 doses of COVID-19 vaccines for the country.

President Joe Biden, who addressed the conference in a video message, pledged to give $100 million in new humanitarian assistance.

Lebanon's current humanitarian needs have been estimated by the U.N. to be at least $357 million. Aid is to focus on food, schools, the health sector and clean water supply.

Wednesday's event was also meant to mount pressure on Lebanese leaders to form a new government able to implement reforms and start rebuilding the country.

Worst crisis in history
Lebanon is going through the worst economic and financial crisis of its modern history, and a political stalemate has kept the country without a functioning government for a full year.

Macron said that humanitarian aid promised Wednesday will be unconditional.

However, he warned that “there will be no blank check to the Lebanese political system because it is defaulting. ... Lebanese leaders seem to opt for the deterioration (of the situation). I regret it. I think it's an historical and moral error.”

Biden said that “no amount of outside assistance will ever be enough, if Lebanon's own leaders do not commit to do the hard but necessary work of reforming the economy and combating corruption. That's essential, and has to start now.”

Lebanese politicians have only made the situation ”worse by placing their individual and political interests above the Lebanese people's interests," Macron criticized. “Lebanon definitely deserves better."

Former French protectorate
Michel, the European Council President, stressed that the EU adopted a few days ago a “sanctions framework ... to target those in Lebanon who obstruct efforts to end the political crisis. We obviously hope that we will not be obliged to activate it.”

Macron, who went to Beirut twice since the explosion at the port, has led international efforts to try to help the former French protectorate by providing emergency aid. Last year's conference on Lebanon, organized in the wake of the explosion, raised about 280 million euros.

In a statement laying out the conference's conclusions, participants said that Lebanon's “development model needs to be overhauled to ensure the country gets back into a sustainable and people-centered development process.”

The conference said a new government under Lebanon's new Prime Minister-designate Najib Mikati must start by “swiftly launching, conducting and concluding negotiations in good faith with the International Monetary Fund," as well as preparing ”transparent and impartial" elections for 2022, and repairing the damaged port.

According to the U.N., over half of Lebanese people now live in poverty, one in three Lebanese suffer from food insecurity and nearly 4 million people are at risk of not accessing safe water.