C/R: Pastor kills himself after wife threatened him with divorce 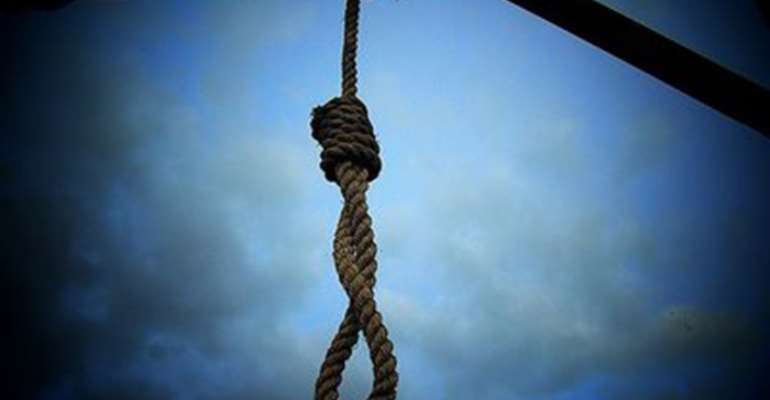 Francis Hammond, a pastor at Etii Sonkwa in the Ajumako Enyan Essiam District of the Central Region has taken his own life over alleged threats of divorce issue by his wife.

The 47-year-old Pastor according to reports gathered visited his hometown at Etii Sonkwa Wednesday Morning to inform his father of problems he is having at home with regards to his marriage.

Reports indicate that during the visit, he specifically opened up on the threats of divorce and noted that he may die.

Troubled by the mood and utterances of his son, the father made attempts to contact the senior brother of the deceased to inform him.

However the deceased stopped him and after several talks subsequently, he was told to go and rest in his room by his son.

Although he told his father he was also going to take a nap in the living room, Pastor Francis Hammond instead took his own life by hanging himself.

Speaking after the incident, the father of the deceased explained that he suspects that the divorce threats from his son’s wife overburdened and forced him to take his life.

With the matter reported to the Police, the body of the pastor has been retrieved from the scene and conveyed to the Abura Dunkwa Mortuary for preservation.

Takoradi woman confesses she was not pregnant
41 minutes ago