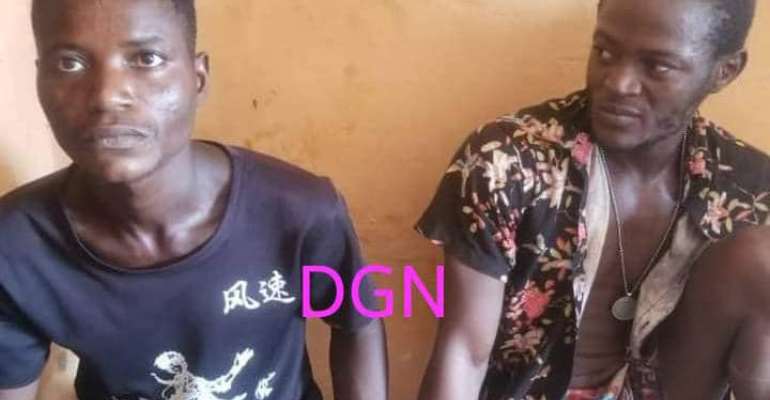 The Police at Abease in the Yeji District of the Bono East region have busted two suspected armed robbers from their separate hideouts at Damankwanta village.

The suspects were arrested on August 2, 2021. Items retrieved include one locally manufactured single barrel gun and mobile phones, one of which has already been identified by one of their victims.

The modus of the suspects is to attack individuals, assault their victims, collect their smartphones and at gunpoint instruct them to mention their Momo PIN.

The Police noted that such criminals live in our communities and the Police encourage all well-meaning people to help fish them out to face the full rigors of the law.

The Police assure informants of the strictest confidentiality.