National Cathedral fight: Eagle Prophet is the most useless prophet I have ever known — Avram Ben Moshe 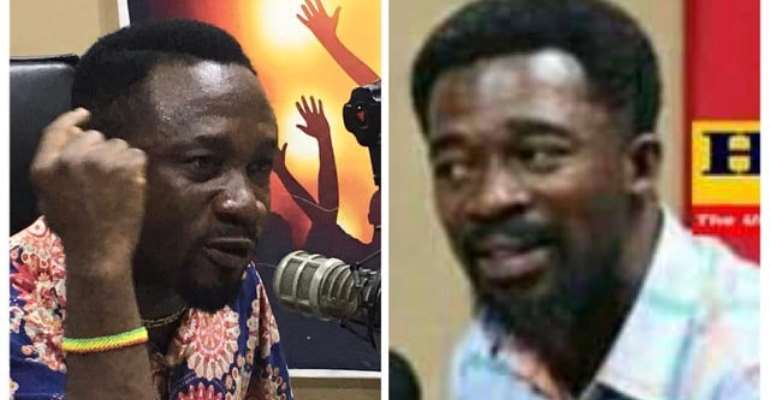 The Leader of Common Sense Family, Avram Ben Moshe has launched a scathing attack on the General Overseer of God’s Crown Chapel, Rev. Reindolph Oduro Gyebi better known as The Eagle Prophet for prophesying on anyone who speaks against the controversial National Cathedral project.

He said Eagle Prophet is the most useless prophet he has ever known.

During the mid-year budget review reading on Thursday, July 29, 2021 at the Parliament House, Finance Minister, Ken Ofori-Atta made a passionate appeal to Ghanaians to help the government by donating GHC100 a month towards the construction of the National Cathedral.

While some Ghanaians agree with the government on this initiative, others think otherwise.

Expressing his view on the government's initiative in an interview on 'HardBall' on Hot 93.9FM, the Eagle Prophet said anyone who would speak against the construction of the National Cathedral would die a miserable death.

According to the Eagle Prophet who is known for his doom prophecies, "building of the national cathedral was a command from God to the President Akufo-Addo hence, anyone who speaks against it will die miserably or be put to shame by God."

Reacting to Eagle Prophet's statement on the same show, 'HardBall', Avram Ben Moshe said angrily that the popular Man of God is the most useless prophet he has ever known.

"The Eagle Prophet is the most useless prophet I have ever known...Yes, Eagle Prophet ...is he not the one who said rain was going to disrupt the 2020 elections? He is fake...very useless".Avram told Kwabena Owusu

According to the founder and leader of the Common Sense family," if the Eagle prophet thinks about the citizens, he wouldn't have said people speaking against donating such an amount to build a common Cathedral would die at the time when industries are being converted into churches...at first they said the building of the Cathedral will cost 100million dollars now they are saying 200million dollars".

The controversial social commentator argued extensively that the desire to construct the National Cathedral was a promise President Akufo-Addo personally made to God and for that matter must not burden Ghanaians at the time money is needed to construct roads, hospitals, schools and many other developmental projects.

Watch excerpts of Avram's submission below: