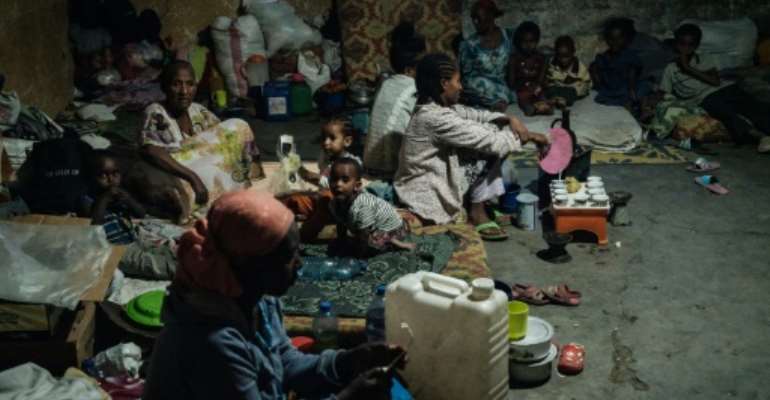 The suspensions represent the latest blow to the troubled humanitarian response in Tigray, where the UN says hundreds of thousands are suffering from famine. By Yasuyoshi CHIBA (AFP/File)

Ethiopia on Wednesday defended its decision to suspend two humanitarian groups active in its war-hit Tigray region, accusing them of "disseminating misinformation" online.

The three-month suspension of the Dutch section of Doctors Without Borders, known by its French acronym MSF, and the Norwegian Refugee Council (NRC) represents the latest blow to the troubled humanitarian response in Tigray, where the UN says hundreds of thousands are suffering from famine.

The two organisations went public with the suspensions on Tuesday, saying they were seeking more information from officials.

In a statement Wednesday, Ethiopia said both MSF and NRC "have been disseminating misinformation in social media and other platforms outside of the mandate and purpose for which the organisations were permitted to operate."

It did not provide specific examples of the alleged misinformation.

"No more whitewashing: Aid is still NOT reaching civilians in desperate need in Ethiopia's Tigray," he tweeted in February.

"Hunger and malnutrition reach them faster. In 40 years (as) a humanitarian, I've rarely seen an aid response so impeded."

MSF has generally taken a more tempered approach but has denounced the destruction of medical facilities in Tigray.

In March the group said it was "horrified" by continued violence including "the extrajudicial killings of at least 4 men who were dragged off public buses & executed by soldiers."

The Ethiopian government also accused MSF and NRC of employing foreign staffers who did not have appropriate work permits, and said MSF had illegally imported and used "satellite radio equipment".

The statement added that a third group, the Al Maktoum Foundation, had been suspended for reasons including failing to follow Covid prevention measures and "mismanagement of the budget".

The Dubai-based organisation focuses on education and it was not immediately clear on Wednesday if it had worked in Tigray.

Abiy declared victory within weeks after government forces took the Tigray capital Mekele, but TPLF leaders remained on the run and fighting continued.

Since then the rebels have launched new offensives into the Amhara and Afar regions which border Tigray, displacing tens of thousands of people.