'We aim for waakye, they aim for V8s' — say protestors as Blakk Rasta joins #FixTheCountry demo 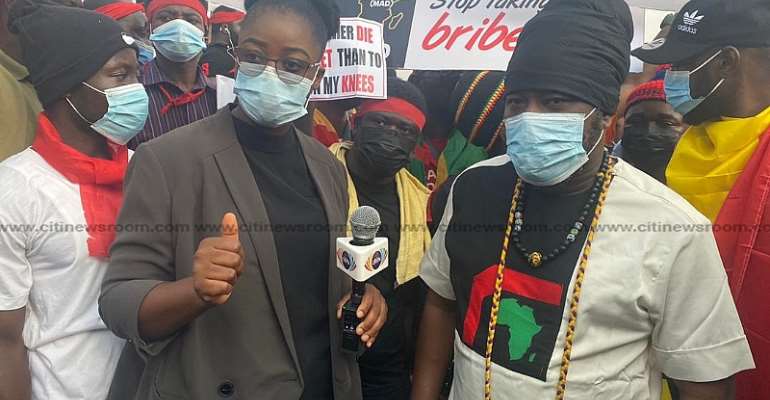 Hundreds of #FixTheCountry protesters have taken to the streets of Accra to demonstrate against what they say is government’s poor handling of the country's economy.

The protest is to pile pressure on the government to address Ghana's numerous challenges, including youth unemployment, poor infrastructure, and high cost of living.

Clad in red-head and armbands, the protesters held placards with inscriptions some of which read, ‘A nation without patriotism is a dead nation’, We aim for waakye, they aim for V8s’, ‘Fix the Country, ‘A new Constitution for the People’, among others.

One of the demonstrators, popular Radio Personality, Blakk Rasta said, it is important for the world to know about Ghana’s receding economic growth and stunted development.

He particularly took on leadership of the country, slamming them for not being representative enough of its people.

Others also said: “I came all the way from the Kumasi. The country needs fixing because it has no future. The country needs schools, hospitals and other amenities. A country that builds a Cathedral ahead of a school is clearly in disorder”, one of the protesters said.