HIV/AIDS The Stigma That Kills-Africa 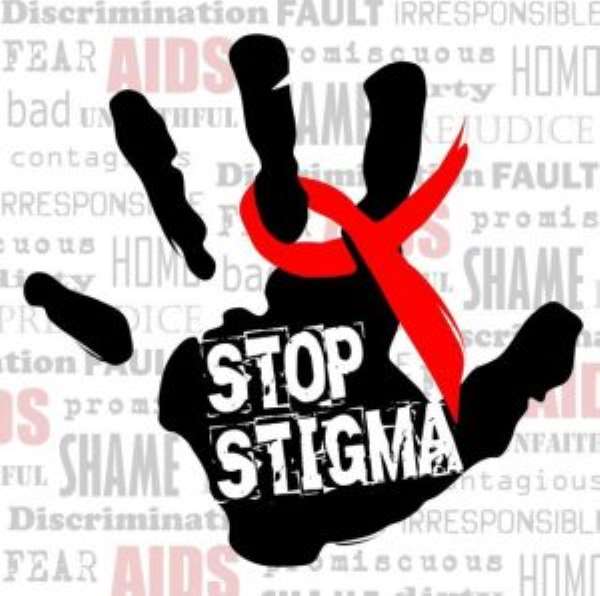 Kudus research and advocacy centre-kurac a Ghanaian based organisation will like to share its write up on HIV/AIDS the stigma attached, for our work seeks to inform educate the general public not only the HIV/AIDS positive community on the stigma attached to people living with it been stigmatized especially in Africa and the third world countries

HIV/AIDS also called human immunodeficiency virus or acquired immunodeficiency syndrome, HIV causes AIDS and interferes with the body’s ability to fight infections, spread by sexual contact with infected person or been cut by infected object and the virus can be transmitted through contact with infected blood semen or virginal fluids. It has no cure but treatment can help and also its chronic can last for years or lifelong. The virus requires medical diagnosis laboratory test before can determine ones status. Other authors describe it as global pandemic but WHO currently uses the term global epidemic to describe it. As of 2018 about 37.9 million were infected globally and about 770,000 deaths from AIDS scaring numbers.

In Africa people believe that the virus is spiritual and that people living with it are cursed by the gods for wrong doing making them been neglected stigmatized and sometimes been banished from their community, also many are times people with the virus don’t seek professional help in health facilities they rather relies on sacrifices to the gods herbalist and African traditional doctors worsen their situation that makes them die early from stigma naivety and other related issues not necessary the virus. Also many in Africa doesn’t believe in the existence of the virus hence seeks treatment rather than the right treatment either through African traditional health professionals, who many are times deludes of having cure of HIV/AIDS worsen the situation of unsuspecting patience who rely on them for salvation.

Out of the 34million HIV+ people worldwide 69% live in sub Sahara Africa roughly 23.8million people in all of Africa and 91% HIV+ children worldwide lives in Africa ,more than one million adults and children die every year from HIV/AIDS in Africa alone. North and Horn of Africa have significantly lower prevalence as compared to Southern Eastern Central and West Africa in the African continent justifiable so because the north and the horn of Africa are mostly dominated by Muslims of which fornication is strictly prohibited that indeed helps for mode of transmitting is through unprotected sex with infected person.

Countries with high prevalence of HIV+ in Africa includes Eswatini, Lesotho and Botswana in 2019, the top ranked infected globally includes South Africa about 7.5million Mozambique about 2.2million India about 2.1million and Nigeria about 1.8million with the top 2 and the 4th from Africa that shows how higher the prevalence rates are in Africa.

According to WHO Africa region is the mostly infected region with 25.7million people living with HIV/AIDS in 2018, the African region accounts for almost two thirds of the global total of new HIV infection. In 2018 about 1.1million people were infected with HIV in the African region. In 2018 east and southern Africa saw a new infection of about 800,000. Most infected are women of whom about 59% of HIV+ people in Africa, although most African people have heard of the virus there is still widespread misunderstanding lower level of education taboos associated with discussion of sexuality and sexual health.

HIV/AIDS until now was the world deadest virus in the world for it has no cure can only be managed with treatments. Africa among other third world continents have the highest infection rate and people living with the virus find themselves in situations described as “killed already by stigma before the virus kills you”. The lack of health facilities experts and readily available medication makes it more difficult for people living with the virus to survive.

The social stigma attached to people with HIV/AID in Africa alone kills the patients before the virus thus, for they are seen to be cursed by the gods and this reason no one is willing to associate with deluding that they will face the wrath of the gods if they associate or help them making people with the virus neglected and feel rejected by society depressed to extreme commits suicides, in your own home your family members will not like to share basic utilities like spoon eating plates with you, dine with you on the same table, share drinking water bathroom toilets with you they always separate you in all dealings at extreme lock you in a room when the situation gets worse with the fear of being infected all these are due to lack of education on mode of transmitting of the virus, people living with the virus children wife and other immediate family members who aren’t infected are stigmatized at school no one will like to play with you or no parents will like his one to play seat in the same class with you and at the extreme attend the same school with your word that’s how bad the situation is in Africa, playing grounds sports and other social activities people with the virus aren’t allowed upon your status are known publicly at work place they are separated and no one willing to share anything with in the office.

In some parts of Africa people with the virus aren’t allowed to use public places of convenient like toilets that encourages open defecation which can lead to outbreak of cholera that can worsen the situation of infected virus. This alone affects people with the virus psychologically making them depressed leading to committing of suicide hence the stigma kills patients not necessary the virus.

But the situation is gradually getting better in terms of the stigma perception and availability of anti retroviral drugs.

Peer education on the existence of the virus, what HIV/AIDS is, its mode of transmitting, use of condoms abstain from sex, policy should be framed on HIV/AIDS education on taboos myths surrounding sexual education and the virus.