Why homosexuality should be outlawed in Ghana 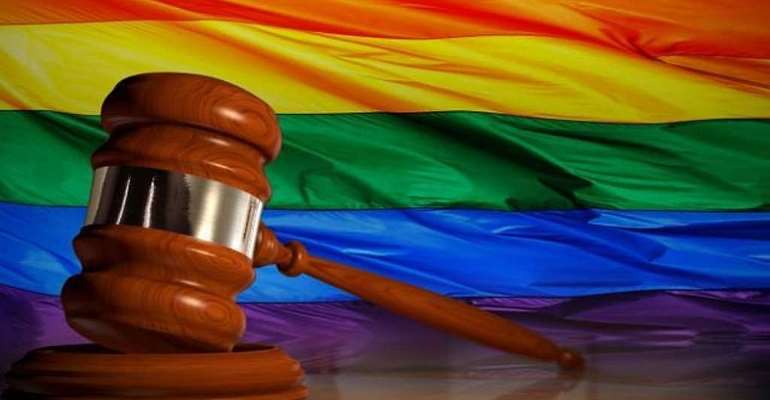 I first wrote this article in 2011 as I saw this agenda being pushed in Ghana. Given the hoopla over the anti-Gay bill I am releasing this article again to warn Ghanaians and the leadership of some of the consequences of this unchristian practice.

The last few years have seen a steady increase in the practice of homosexual (including lesbian) activity in Ghana that if not checked could have serious implications for the country.

First and foremost the truth of the matter is that when one examines history carefully, one would recognize and appreciate that the practice of homosexuality is NOT an Afrikan trait but essentially a European one.

Homosexuality had its origins in the Greek empire. Greece being the first civilization from the West/Europe as Afrikan civilizations like Ethiopia had predated Greece by at least 5,000 years.

Most of the Greek scholars like Plato, Socrates and Aristotle were homosexual as they had a profound loathing for women and engaged in homosexual activity with other men to fulfill their sexual fantasies.

Again if one reads Afrikan history, one would recognize that the practice of homosexuality is an anathema to the Afrikan race/culture that was not tolerated by our ancestors.

One of these western traits that some Ghanaians are now embracing is homosexuality.

It must be pointed out to the readership that over the last five or so years there has been a concerted effort by western so-called NGO's to push the homosexual agenda in developing countries like Ghana and these western NGO's are paid millions of US dollars to push this agenda under the guise of promoting human rights.

Again the readership must be informed that in order to push the homosexual agenda in countries like Ghana there is a covert way that this is done by linking so-called aid money to homosexual activity.

What this means in practice is that certain so-called aid money for building schools, roads, hospitals etc is given to countries like Ghana ONLY if they follow a homosexual agenda which includes legalizing it and allowing same sex marriages – this should show to the readers of the sinister agenda behind the promotion of homosexuality in Ghana.

The essence of this article is to state the case why this profane practice of homosexuality SHOULD be outlawed in Ghana.

The first point of reference why this heinous practice of homosexuality should be outlawed is that as mentioned above it IS NOT part of the Afrikan culture and value system.

Secondly Ghana is a devoutly religious country and all the major religions practiced in Ghana be it Traditional, Christianity or Islam vehemently express disapproval of the practice of homosexuality as a lifestyle choice.

For example in Christianity, the bible clearly states in the book of Leviticus that the essence of man lying with man is abominable in the sight of the Lord.

Again in terms of Christianity God created Adam and Eve and not Adam and Steve – the purpose being that God created man and woman for a specific reason, one of which the bible says was to go forth and multiply.

Therefore if we as a people are true to the tenets of our religious beliefs then homosexuality MUST be outlawed in this country.

Thirdly there is the health aspect of why homosexuality must be banned in Ghana.

Ghana's health service is already overstretched with shortages of doctors, nurses and quality infrastructure and the last thing it needs is a steep increase in AIDS and STD's due to unnatural homosexual intercourse.

The last reason why homosexual/lesbianism should be outlawed in Ghana is the moral aspect. This act of homosexuality/lesbianism is an abnormal one which quite sensibly is morally repugnant and is something that should not be encouraged.

Ghana is fast becoming a decadent society due to embracing a western culture that is alien to its very being and because many Ghanaians are spirituality bankrupt and have no values, they have lost all sense of morality and what is right and what is wrong.

Morality is one of the pillars that build society and if we allow immorality to get a foothold in our society then it does not bode well for the future of that society and the result of a society that has lost its moral fiber is sheer chaos and disorder.

As the bible reminds us in the story of Sodom and Gomorrah that when a society loses its morality and becomes decadent God pours his wrath on that society.

Finally on this issue let us deal with the human rights aspect of this as there are those out there who justify the practice of homosexuality under the guise of human rights.

Everybody has the human right to exist, however, with human rights come responsibilities and certain parameters. No doubt some will say it is my right to have sexual intercourse with someone of the same sex or even with animals.

However this assertion does not make it right to engage in such activities and as stated society has to have certain parameters in order to keep it from descending into anarchy.

Therefore given the above line of reasoning it is important that Ghana sticks to its fervent religious beliefs including strong traditional values and prohibits this obscene practice of homosexuality/lesbianism.