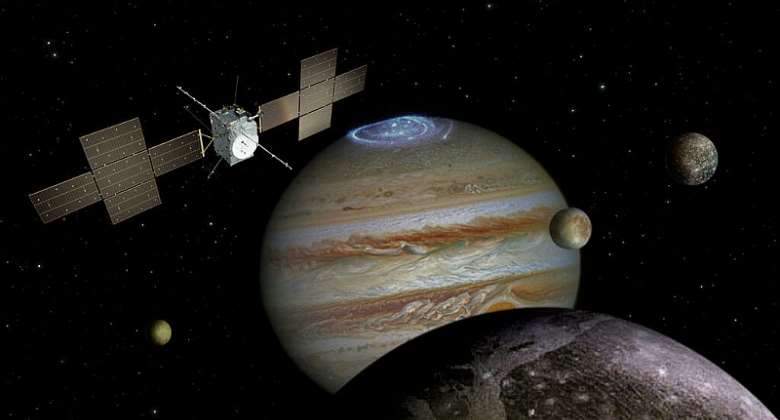 According to the ESA, the spacecraft underwent rigorous thermal tests that simulated the extreme coldness of space and the warmth of the Sun at ESA's test centre ESTEC, in The Netherlands.

The spacecraft was subjected to temperatures ranging from minus 180 degree to 250 degrees Celsius.

The probe to be launched in 2022, will take 7.6 years and use Venus and Earth gravity assists to travel to reach the biggest planet of the solar system which lies 600 million kilometres from the Earth. It is scheduled to spend three and a half years in the Jovian system.

While it will study Jupiter and its system of 70 moons, there will be a special emphasis on the three ocean-bearing icy satellites, Ganymede, Europa, and Callisto. The spacecraft will investigate these moons to determine if life is possible on them.

According to the ESA, the spacecraft's payload consists of a camera, spectral-imaging capabilities from the ultraviolet to the sub-millimetre wavelengths, a laser altimeter and a radar sounder for exploring the surface and subsurface of the moons, and a radio science experiment to probe the atmospheres of Jupiter and its satellites and to perform measurements of the gravity fields.

The probe, powered by 100 square metres of solar array, is also equipped with a magnetometer and a radio and plasma wave instrument.

The ESA selected the Toulouse headquartered Airbus as the prime contractor for the design, development, production, and testing of the spacecraft.