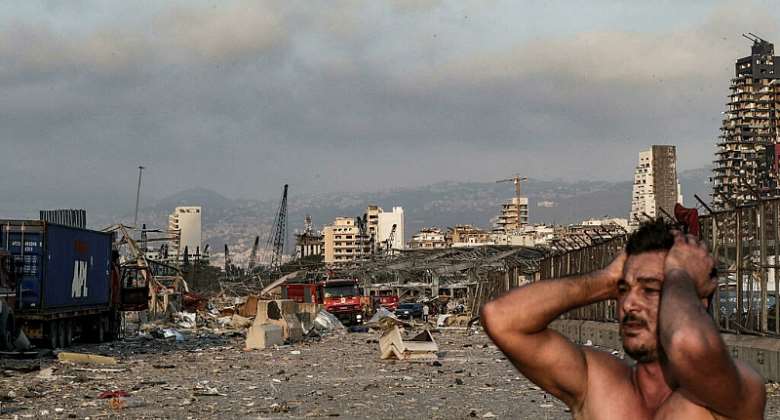 France has said a conference on Lebanon on Wednesday needs to gather 357 million dollars in aid to meet the most urgent needs of the country's population. The summit comes a year to the day since a massive explosion devastated the port of Beirut.

Co-hosted by French President Emmanuel Macron and United Nations Secretary General Antonio Guterres, the donor gathering coincides with the first anniversary of the blast that disfigured the Lebanese capital Beirut and killed more than 200 people.

Since the blast, former colonial power France has spearheaded international efforts to lift Lebanon out of crisis.

A first conference in the immediate aftermath of the blast collected 280 million euros, but according to President Macron's office: "the situation has worsened."

World powers have made much of their help conditional on Lebanon installing a government capable of tackling corruption.

A local probe into the catastrophe has yet to yield significant arrests or even identify a culprit, with politicians widely accused of stalling progress.

Over the past year, Lebanon has been plunged deeper into political and financial crises and newly designated prime minister Najib Mikati said there was no chance of a new cabinet being selected to coincide with the anniversary.

The institutional vacuum is holding up a potential financial rescue plan for Lebanon, which defaulted on its debt last year and has since sunk into what the World Bank has described as one of the world's worst crises since the mid-19th century.

Meanwhile, Human Rights Watch claims that senior Lebanese officials knew of the risks posed by the highly explosive material stored for years at Beirut's port and did nothing to protect the public against it.

In a report published this Tuesday on last year's massive blast, Human Rights Watch said those same officials are now trying to thwart the investigation.

It has called for targeted sanctions against implicated officials and an international probe.

In the 650-page report entitled “They Killed Us from the Inside,” the New York-based group published scores of documents and exchanges between Lebanese officials about the ammonium nitrates haphazardly stored for nearly six years at the port.

The report names senior leaders, including President Michel Aoun, then-Prime Minister Hassan Diab, a former Lebanese army chief, senior security officials and several ministers among others who were informed of risks posed by the nitrates in the middle of a densely populated commercial and residential area but failed to take the necessary actions to protect the public.

Survivors of the blast and families of the victims have been calling for an international investigation, saying they lack faith in the Lebanese judicial system.

HRW says the case for an “international investigation has only strengthened.”