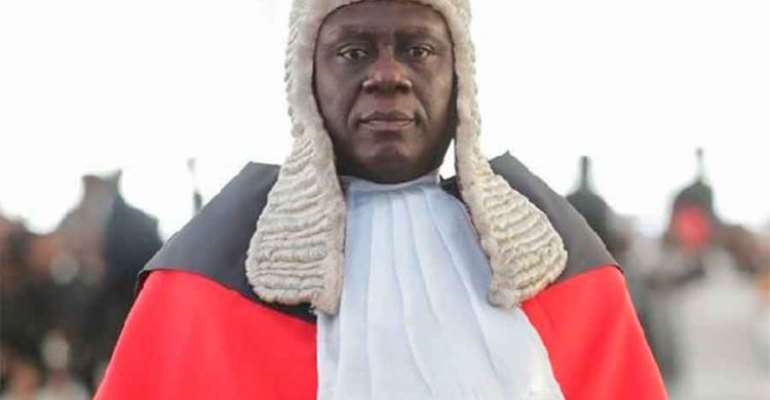 The office of the President says it is not obliged to furnish the Alliance for Social Equity and Public Accountability, (ASEPA) with any more information than what it has provided in response to its request for processes to be triggered for the removal of the Chief Justice over the $5 million bribery allegation.

The group petitioned the president to invoke provisions of Article 146 to commence impeachment proceedings against the Chief Justice, Kwasi Anin-Yeboah after it also wrote to the Commission on Human Rights and Administrative Justice ( CHRAJ), to probe the matter.

The letter, titled; Re: Petition to invoke Article 146 for the removal of Chief Justice, said, “I write to acknowledge receipt of your updated petition in respect of the above subject matter and to inform you that the President of the Republic has, in accordance with Article 146 (6) of the Constitution, commenced the appropriate processes subsequent to being petitioned for the removal of the Chief Justice”, the statement read.

He however insisted that the letter fell short of providing some vital information.

But the office of the President is unhappy with the latest development.

In a letter dated August 2, 2021, it condemned ASEPA for circulating on social media its response to their request.

“I acknowledge receipt of your letter dated 28th July 2021 on the above subject matter. Firstly, we note that within minutes of picking up our letter dated 26h July 2021 with reference number OPS307/21/843 from the Office of the President, you caused it to be circulated on social media. We consider such behaviour highly irresponsible and ill-advised.”

“You are reminded that, per article 146 (8) of the Constitution, all proceedings under Article 146 shall be held in camera. The Supreme Court has interpreted this to include the petition and all incidental papers. Thus, you should not only be mindful that the processes are confidential, but be guided accordingly so as not to be in contempt of the Supreme Court.”

It noted that the President, in consultation with the Council of State must determine whether the petition submitted by ASEPA, invoking Article 146 (6) proceedings against the Chief Justice, “discloses a prima facie case.”

“It is only when such a determination is made in the affirmative that the President will be required to proceed with appointing a committee, again in consultation with the Council of State, to inquire into the petition. As indicated in our letter, the President has commenced the consultation process, which according

to the correct position of the law, begins with a prima facie determination.”

It said it is not aware of any law, rule, or practice that requires a petitioner to be furnished with what ASEPA described as vital information, adding that, “it could not have been contemplated that the information you requested in your letter would have been made available to you in any event.”

“In our view, having submitted the petition, nothing more is required of you in the matter to warrant any reports being made to you, further to our acknowledgment of receipt.”

premature as there has not been any appointment of a committee to inquire into the petition submitted.