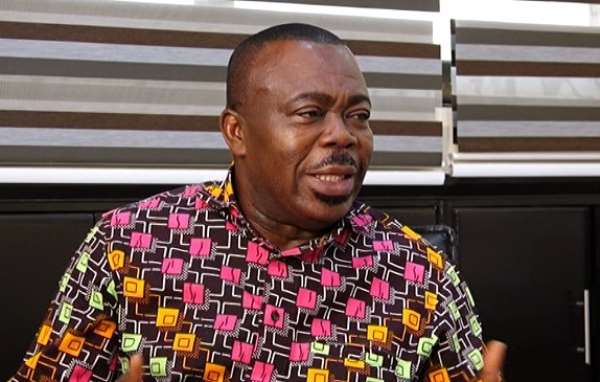 Director-General of the State General Interest and Governance Authority, Stephen Asamoah Boateng, is not ruling out the possibility of him contesting for the upcoming New Patriotic Party (NPP) national chairmanship position.

He said he is in the “thick of consultation, so the possibility exists”.

According to him, consultations are underway between him and some relevant stakeholders in the party including the Council of Elders on the best way forward.

Mr. Stephen Asamoah Boateng emphasised the need to touch base with the grassroots and footsoldiers of the party in a bid to help propagate the work of government and the ideals of the party.

The former Information and Tourism Minister under former President John Agyekum Kufour however mentioned that his immediate focus is to oversee the work of SIGA to ensure state agencies are profitable.

“It has come up to me, and I have accepted the responsibility to look at it and sit down and draw the strategy for it. So it’s not something I am not looking at; but it’s all a planning stage. I have got a job here to do. I have also got to look at the party that brought us to power and the grassroots and the footsoldiers who need to be brought on board.”

“The footsoldiers must be brought on board, and I believe I have all the qualities to do that. But I have to engage the owners of the party and the elders of the party that you have to consult before you declare your intentions. So I am not ruling out, I am still in the thick of consultation now so possibility exist,” Stephen Asamoah Boateng told GTV.

Apart from Mr Asamoah Boateng seven other party bigwigs have declared their intention to contest the NPP Chairmanship position currently occupied by Mr. Freddie Wosenawu Blay who is not seeking another term after leading the party to two successful election victories.