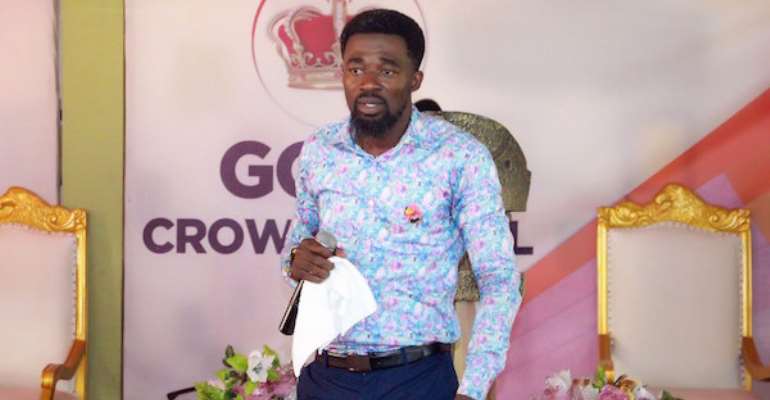 The General Overseer and Founder of God’s Crown Chapel, the Eagles Cathedral, Rev. Reindolph Oduro Gyebi has prophesied that anyone who speaks against the construction of the National Cathedral will die a miserable death.

His comment follows the social media ranting over the construction of the $100million National Cathedral project.

During the mid-year budget review reading on Thursday, July 29, 2021 at the Parliament House, Finance Minister, Ken Ofor-Atta made a passionate appeal to Ghanaians to help government by donating GHC100 a month towards the construction of the National Cathedral.

The Finance Minister's statement has received mixed reactions from the general public. While some agree with the government on this initiative, others also think otherwise. The argument is that the desire to construct the National Cathedral was a promise President Akufo-Addo personally made to God and for that matter must not burden Ghanaians for it especially at the time that economy is struggling under covid-19.

Expressing his view on the government's initiative while speaking in an interview on political talk show, 'HardBall' hosted by Kwabena Owusu Agyemang on Accra-based Hot 93.9FM, Prophet Reindolph Oduro Gyebi better known as the Eagle Prophet said anyone who would speak against the building of the Cathedral will die a miserable death.

According to the Eagle Prophet who is known for his doom prophecies, "building of the national cathedral was a command from God to the President Akufo-Addo hence, anyone who speaks against it will die miserably or be put to shame by God."

The National Cathedral will be commissioned on the 6th of March 2024.