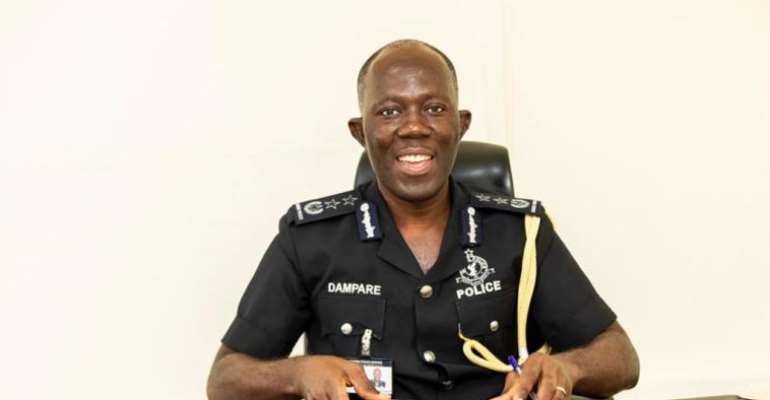 The Inspector-General of Police (IGP), Dr. George Akuffo Dampare, has assured members of the Economic Fighters League and #FIXTHECOUNTRY protest groups of maximun police protection during their upcoming demonstration scheduled for Wednesday, August 4, 2021.

Dr. Akuffo Dampare, who only assumed office on Sunday, August 1, invited the group to his office to personally assure them of maximum police protection “from the start to the end”.

The IGP and other Police Chiefs also went through the agreed routes with the group.

The group, made up of mainly social media activists, confirmed the meeting with the IGP on their Facebook page.

“The meeting was held at the request of the newly appointed IGP. According to him, his reason for calling the meeting was to assure us of maximum protection from the start to the end of the August 4 #FixTheCountry protest.

“We went over the routes earmarked for the protest from Obra spot (Circle) — Farisco Left — TUC — Kinbu Senior High School – Centre for National Culture – to Independence Square. We also explained that we have recruited and trained marshals who will be assigned to liaise with the police on anything and to guide the crowd.

“On COVID-19 protocols, the marshals will be in charge of making sure everybody wears their mask and maintain distance”.

Social media users in Ghana are responding to the hashtag #FixTheCountry in droves to pile pressure on the government to improve the lives of citizens.

Among the new movement’s demands are more jobs, no corruption, fewer taxes, and better education.