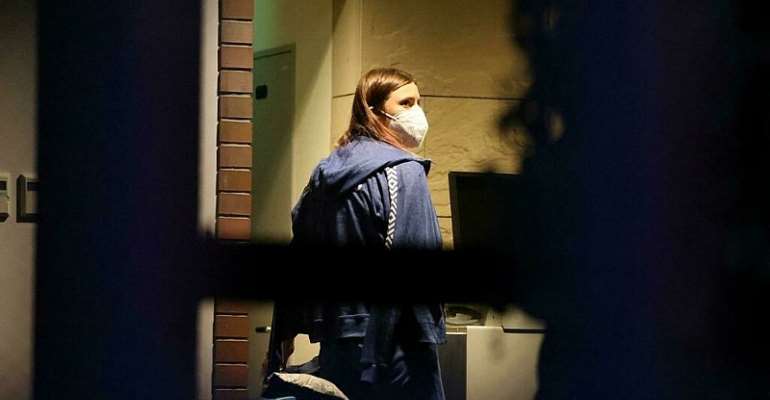 Olympic officials in Tokyo are investigating claims made by sprinter Kristina Timanovskaya who says she was pressured to return to Belarus after she criticised her coaches. Fearing for her safety, she has been granted a humanitarian visa by Poland. Meanwhile, an activist from Belarus has been found dead in Ukraine in what appears to be suspicious circumstances.

The drama surrounding the 24-year-old runner has attracted worldwide attention.

US Secretary of State Antony Blinken on Tuesday accused Belarus of an "act of transnational repression" over the alleged attempt to force Kristina Timanovskaya to return home.

Timanovskaya spent the night in Poland's embassy in Tokyo after arriving there on Monday evening. Warsaw has denounced what it calls a "criminal attempt" to kidnap the athlete.

"We have made sure that Kristina Timanovskaya is safe in the Polish embassy in Tokyo and we will, if necessary, offer her the possibility of continuing her career," Polish Prime Minister Mateusz Morawiecki wrote on Facebook, a sentiment echoed by the deputy foreign minister Marcin Przydacz.

Timanovskaya's husband Arseny Zdanevich told the French AFP news agency that he had fled Belarus and was hoping to join his wife "in the near future".

"I believe it would not be safe for me to be there," the 25-year-old fitness trainer said by phone from Ukraine.

Timanovskaya, a 200 metres specialist, criticised the Belarusian athletics federation after they tried to force her to run in a 400 metre relay. She said that outburst had led to the attempt to forcibly send her home.

Belarus President Alexander Lukashenko has cracked down on any form of dissent since mass protests erupted after elections last year that were criticised as unfair by political opponents and foreign observers.

Kristina Timanovskaya was one of more than 2,000 Belarusian sports figures who signed an open letter calling for new elections and for political prisoners to be freed.

Poland is a staunch critic of Lukashenko's regime and has become home to a growing number of dissidents.

'Get results, or don't come back at all'
Police in Ukraine have meanwhile said a missing Belarusian activist had been found hanged in a park in Kiev and that they have opened a murder probe.

On Tuesday, a Belarusian activist whose NGO helps his compatriots flee the country was found hanged in a park in Kiev after being reported missing.

Police said they had opened a murder probe and would pursue all leads including a possible "murder disguised as a suicide," as activists said the man had been the victim of a "planned operation" by the Belarus regime.

Lukashenko, who has been in power since 1994, sparked international outrage in May by dispatching a fighter jet to intercept a Ryanair plane flying from Greece to Lithuania in order to arrest a dissident onboard.

Both the president and his son Viktor have been banned from Olympic events over the targeting of athletes for their political views.

Shortly before the Tokyo Games, Lukashenko warned sports officials and athletes that he expected results in Japan.

"Think about it before going," he said. "If you come back with nothing, it's better for you not to come back at all."