W/R: Five wounded after residents of Ampatano and Kamfakrom clash in Ahanta West 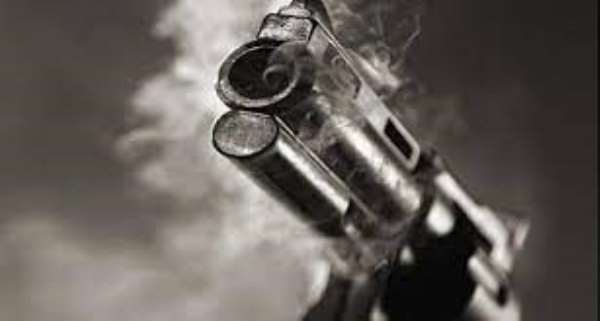 A clash between residents of Ampatano and Kamfakrom in the Ahanta West Municipality of the Western Region has resulted in five people sustaining gunshot wounds.

According to information gathered, residents of the two farming communities engaged in the scuffled following a mobile phone theft case that happened on July 29, 2021.

Speaking to Empire News, Jude Kamfa who is an assembly member for Asemasa electoral area explained that some young men from Kamfakrom allegedly attacked a woman from Ampatano at her farm and stole her phone.

Subsequently, after the incident, the perpetrators were picked up and sent to the chief’s palace.

The Assembly Member explained that he was called by the chief to have the suspects picked by the police, but he suggested that they are brought to the police station since he was not available.

Per information he received later, residents of Kamfakrom had blocked the road which leads to Ampatano town preventing the arrest of the suspects.

Jude Kamfa shared that he then proceeded to report the incident to the Agona Nkwanta police commander but was told there was no police car available and so a taxi was picked and accompanied by five policemen.

After making some calls, they were able to pick the suspects and returned them to the town on bail.

He further revealed that upon his return to the town later that day, he was attacked by residents of Kamfakrom who stoned him and damaged the windscreen of the car he was in.

On Saturday, July 31, 2021, he said, a youth from Kamfakrom threatened to beat anyone who would return to the Kamfakrom School. In retaliation, the youth of Ampatano pursued the youth of Kamfakrom which ended in five persons from Ampatano sustaining gun injuries.

He further noted that although the Agona Nkwanta Police command, as well as the SWAT, visited the town, residents of Kamfakrom remained adamant as they blocked the road preventing commercial vehicles from operating.

When contacted, the Western Regional Police PRO, DSP Olivia Ewurabena Adiku revealed that calm has been restored to both towns. She indicated the police have commenced investigations but no arrest has been made.

She added the five people, all males, are responding to treatment at the Dixcove government hospital.