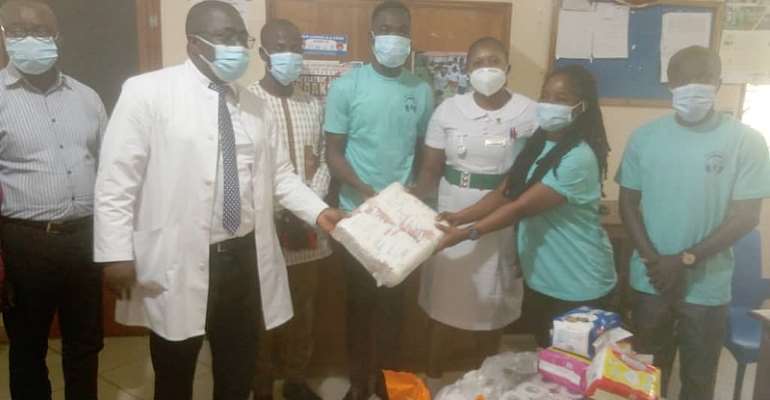 Management of Adehyie FM 100.3 in Bibiani has donated assorted items to the children’s ward of the Bibiani Government Hospital.

The donation which forms part of their Corporate Social Responsibility brought smiles to the faces of not only children on admission but their parents and hospital staff as well.

Presenting the items to the hospital, General Manager of the radio station Nana Ama Amponsah noted that the donation was facilitated by the station’s Live Worship Crew and it was an honor receiving a great response from their cherished donors.

She said even though this is not the first time they are donating to the hospital, they feel obliged to do more.

“We can’t ever be satisfied supporting this hospital, especially the Children’s ward. It is our sworn responsibility and we will co to us to live by it”, she noted.

The Medical Superintendent of the hospital Dr. Adu-Gyamfi receiving the items expressed gratitude to Adehyie Fm.

The In-charge of the children's ward, Madam Ophelia Teqwe also used the opportunity to appeal to the general public to emulate the continued support of the radio station and come to their aid.

I planned my fake pregnancy with my mother, I used silicone ...
54 minutes ago