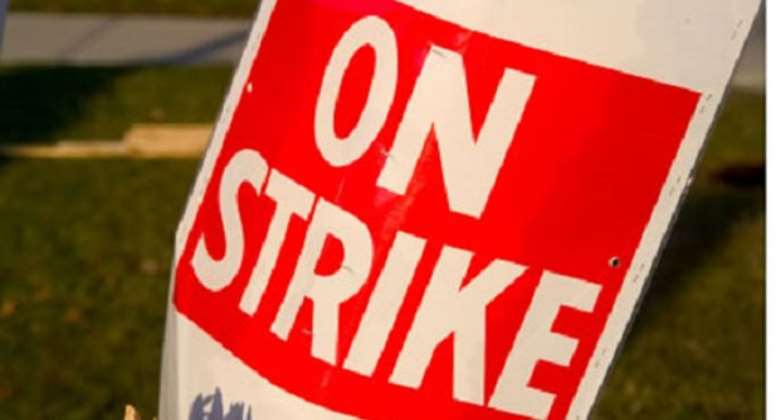 The industrial action followed what the Workers' Unions of the University described as a clandestine move by the Ghana Tertiary Education Commission (GTEC) to migrate staff of the University and C. K. Tedem University of Technology and Applied Sciences (CKT-UTAS) onto the Controller and Accountant General’s Department (CAGD) payroll (IPPD2).

Addressing a press conference on Monday to declare the strike action, Dr Joseph Wulifan, President of SDD-UBIDS branch of UTAG, said the move they believe violated the conditions precedent in the recent agreement between the University Workers' Unions in Ghana, CAGD, and GTEC under the order of the National Labour Commission (NLC).

According to him, key among the conditions precedent for the CAGD's IPPD2 migration was that, firstly, the IPPD2 application and add-ons to be installed at the various campuses, and secondly, the finance directorates and personnel to be trained on the use of the IPPD2 system without the direct involvement of CAGD.

The others are that the CAGD will undertake a three-month test run with existing payroll data, in parallel to the present payroll systems of the individual campuses to rectify all discrepancies and that the two status quo at all campuses should remain as directed by NLC until these key conditions are met and a Memorandum of Agreement (MOA) signed between the workers’ unions and CAGD.

“As at now, none of these has happened on the SDD-UBIDS and CTK-UTAS campuses – no installation of the IPPD2 infrastructure, no training of staff, and no test run”, he said.

“We, therefore, believe that the GTEC is trying to exploit the financial and resource vulnerability of the SDD-UBIDS and CKT-UTAS to forcefully migrate staff to CAGD”, he added.

Dr Wulifan noted that it was highly unethical and unlawful for state institutions to take advantage of the vulnerability of other institutions and persons, stressing “We, the workers' unions, have particularly taken notice of the negative posturing of GTEC towards the SDD-UBIDS.

The SDD-UBIDS UTAG President pointed out that GTEC led by Prof. Mohammed Salifu in collaboration with other state agencies has consistently tried to undermine the SDD-UBIDS on several fronts.

“These include granting limited slots for staff recruitment, impeding the creation of faculties and running of academic programmes, characterizing staff of SDD- UBIDS as newly recruited staff, recommending for SDD-UBIDS staff to be placed on conditions of service (salaries and allowances) below other public universities, and the unrelenting attempt to isolate and migrate SDD-UBIDS staff to CAGD's payroll prematurely”, he said.

According to Dr Wulifan, GTEC had forcefully placed the Vice-Chancellor, Acting Pro-Vice-Chancellor, and Finance Director of SDD-UBIDS on salaries and allowances below what their counterparts are earning in other public universities.

He noted therefore that they were convinced that the intended migration would lead to reduced salaries and allowances of the other workers of SDD-UBIDS, adding that the discrimination and undermining of staff and the university as a whole must cease henceforth.

“The SDD-UBIDS was created by an Act of Parliament as a public university and any attempt to reduce its competitiveness will be met with resistance”, said the SDD-UBIDS UTAG President.

“We have served notice to the NLC of our intention to embark on a strike action by August 2, 2021, if the attempt by GTEC to migrate the workers prematurely to CAGD's payroll is not halted and if a clear arrangement for the payment of workers' salaries from August 2021 is not communicated to us”, he noted.

“Since we have not heard anything from GTEC and the University Management, we the workers' unions have declared a strike effective today August 2, 2021”, he reiterated.

MoMo transaction value for April declines by GH₵2.8billion
51 minutes ago