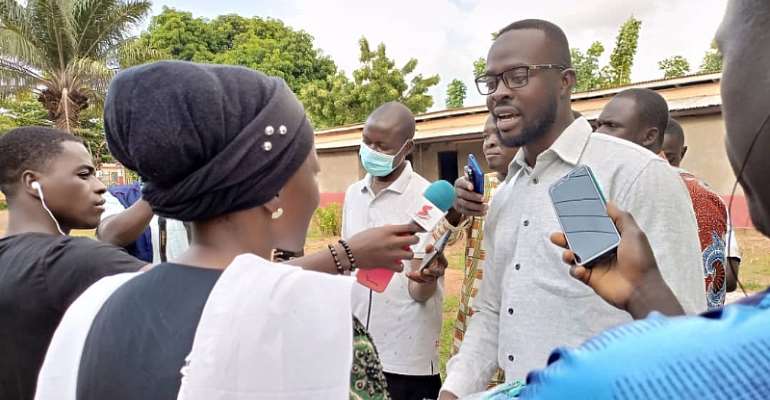 The donation, according to Amadu Hassan Kapinta, Executive Director of Youth2Day, will help the clinic in taking care of mentally challenged patients and the poor in society.

"I would like to express my gratitude to Hajia and her team on behalf of my organization for their efforts in serving humanity. This clothing is from a campaign we launched a few months ago to support this facility," Amadu Hassan Kapinta stated.

The director also thanked the donors for supporting the cause of the organisation.

Hajia Mariam, the wife of the late Dr. Abdulai Choggu, accepted the items on behalf of the clinic and promised to use them for the benefit of the mentally challenged patients and the entire staff of the clinic.

Hajia Mariam thanked the group and urged them to continue their kind gesture towards the facility.

"Shekhinah Clinic's success is dependent on donations from generous people like you, so we're pleading with the general public to emulate your good deed," she stated.

Late Dr. Abdulai Choggu, founded the clinic in 1992. Since then, it has provided humanitarian aid to the mentally ill people as well as free medical care to the destitute.

Popular journalist Kwaku Sakyi-Addo appointed board chair of...
1 minute ago