By Ishmael Munene - The Conversation 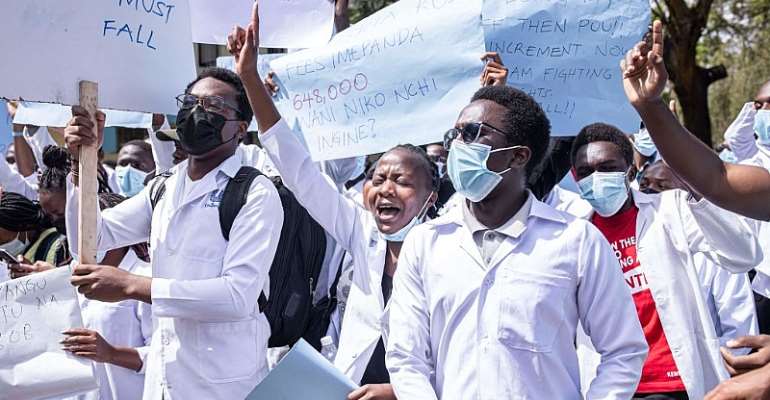 The recent announcement of wide-ranging reforms at the University of Nairobi predictably triggered a new bout of student protests. The cost-cutting reforms propose a smaller administrative team, the abolition of a third of its colleges and higher tuition fees.

The proposed reforms have also elicited protest from academic and administrative staff. They argue that the proposals are punitive and high-handed. Staff have voiced concerns over lack of consultation in the reform process. Students have threatened further protests and legal action over higher tuition fees.

Constant disruption of learning due to students' protests has defined university education since Kenya's independence. Up until the 1990s, such protests were triggered by larger socio-political issues such as democratisation, human rights and economic equality. Since then, the spate of university student protests, averaging five every year , has followed changes that raise the costs of attending university.

Due to its status as the premier university in Kenya , reforms at the University of Nairobi are likely to cascade to other public universities. So too are the reactions of students and staff.

As the state allocations continue to decline and fewer resources are committed to higher education, budgetary constraints and reforms will be inevitable. Universities will need strategies that can defuse constant disruption of learning by student protests. Structured and broad-based consultations and negotiations with student leaders are one option, rather than a process driven by the administration. This would secure buy-in of any proposed changes.

The Nairobi university council justified the reforms by saying they would ensure efficiency, effectiveness and accountability. Best practice would be achieved by reducing senior administrative offices to improve the decision-making process and reduce costs. It also sought to abolish programmes in which enrolment was low, and increase tuition fees to generate revenue for sustainable operations.

This year, the government slashed 18.5% from the universities' funding compared to last year. The government believes that universities should be able to generate revenues and reduce over-reliance on public funding.

How did the universities get into this debt? From independence in 1963 to 1990, Kenya had a wholly state-owned, state-funded university sector. The government footed all the costs of university education, including tuition scholarships for students and the current and development expenditures. For subsidised subsistence and accommodation, the state advanced interest-free loans to students payable upon employment.

With only four public universities that were sufficiently funded this was the golden age of university education in Kenya. It was a system that catered for the fortunate few who had performed exceptionally well at high school. It created fierce demand and competition for university places. Only around 15% would transition to university.

As Kenya's economy began to falter in the mid-1980s and the country sought relief from the World Bank and IMF, higher education was marked for radical reform to curb public expenditure. Under the structural adjustment programme , government-sponsored students in public universities would pay modest tuition fees and meet the costs of subsistence and accommodation.

A need-based bursary scheme was offered for tuition and loans would be available for subsistence and accommodation. Universities would charge for services provided and generate income by admitting fee-paying students.

Initially, universities were able to cope with reduced state funding by generating revenue from students. In 2011, revenue from fees slightly exceeded government funding in the top five public universities.

Since 2016 when the government took measures to curb examination cheating in high schools and closed substandard university branch campuses, the number of fee-paying students has declined . This has lowered tuition fee revenue that cushioned against the decline in state funding.

Revenue that was expected to come from university auxiliary services, research grants, consultancy contracts, partnerships and returns from copyrights and industrial parks has failed to materialise. This has left the universities solely dependent on government sources and tuition fees.

Yet the number of universities has continued to grow – from five in 1990 to the current 38. This has added to the financial stress in higher education.

What students protest about

Student protests in Kenya have had four drivers. First is protest over the cost of attending university and altered living conditions due to cost sharing . Rent, transport and educational materials have become more expensive but the loan amounts given have been reduced.

Second, students have protested against higher services fees for access to the library and for medical and ID cards. Students say the new fees are a barrier to education.

Third, unrest has resulted from inequalities in access to university and quality of education. Government-sponsored students have blamed the decline in university reputation to self-sponsored students who simply “buy” their way into prestigious programmes like medicine, pharmacy and engineering. Because these students come from high-and middle-income families, the programmes are a preserve of the fortunate few, inaccessible to poor families.

Finally, the most common protests are over tuition fee hikes . Tuition fees can have a big impact on course completion rates. In the current reform strategy, public universities have proposed different funding and fees for different academic programmes, rather than the current flat rate.

Transparency in university budgeting processes is of utmost importance. Universities need to publish their budgets, explaining their revenues and expenditures and inviting feedback. This will provide a realistic picture of their financial positions. If staff and students do not have access to critical financial information, it is difficult to convince them the situation is dire.

Ishmael Munene does not work for, consult, own shares in or receive funding from any company or organization that would benefit from this article, and has disclosed no relevant affiliations beyond their academic appointment.