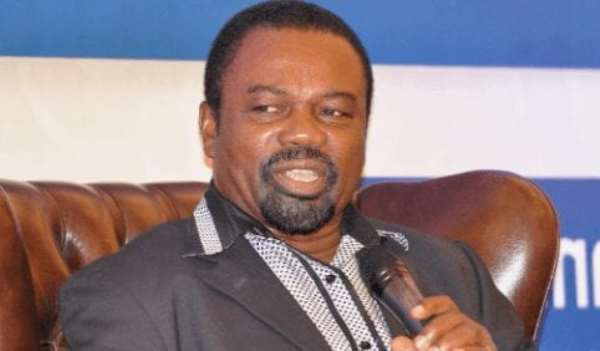 An International Relations Expert and the Dean of the Ghana Armed Forces Staff and Command College, Professor Vladimir Antwi-Danso has dared the international communities who believe homosexuality is a human right issue should sell this ideology to Saudi Arabia if they have the temerity.

He said the abolition of homosexuality in Ghana cannot lead to aid cut and international restrictions.

He further noted that Ghana will not be violating any international law if the anti-Gay bill is passed into law.

The bill which is being sponsored by Ningo Prampram lawmaker Samuel Nartey George and some other lawmakers will be laid in Parliament today, August 2 for the first reading.

The MPs have been receiving flak from some quarters.

For instance, Ghanaian musician Sister Derby who is also a known advocate of LGBT+ rights in Ghana said “obsessed with people’s sexual orientation” and tagged Sam George as a pervert and backward thinker.”

Former Executive Director of the Danquah Institute, Gabby Otchere-Darko also said the activities of homosexuals are already illegal in Ghana.

He said the new anti-gay bill will only lead to Ghana being blacklisted for promoting hate.

“Gay+ activities are already illegal in our country. But, we aren’t known to hate. The President has given his word he won’t legalise it.

“This Bill only serves one purpose: to get Ghana blacklisted for promoting hate! Surely, the promoters of the Bill can’t say they aren’t aware,” the leading member of the governing New Patriotic Party (NPP) said in a tweet.

But Professor Antwi Danso told TV3’s Evelyn Tengmaa that “I do not have to kill myself just because you feed me. The international system is such that each country will have to respect the other country’s rights, rules, norms, and the way people do their things.

“We are not doing anything against international law. Why are they not selling this thing soo strongly in Saudi Arabia which is one of their best friends?”

“Let us hope that this time our president knows that that is the feeling of Ghanaians. It is a bill from Parliament but I strongly suspect that if our voices are string, it is the people’s voice, I don’t think the president will keep the bill, otherwise he will do that at his own detriment,” Prof Antwi-Danso said.