$200m Saglemi scandal: Funds were not directly given to Collins Dauda, they were spent by Finance Ministry – Spokesperson 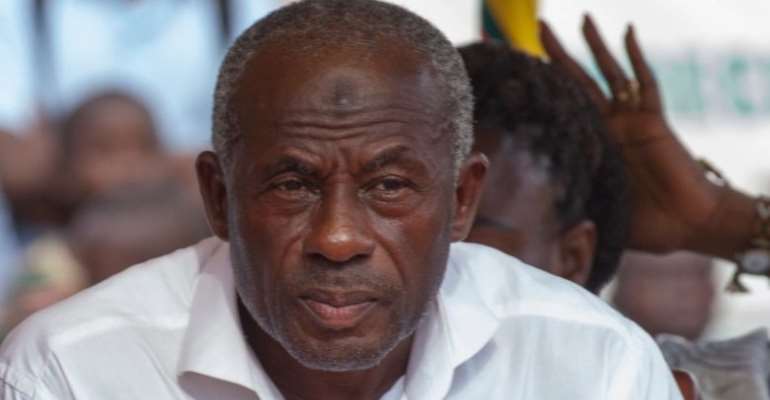 The spokesperson for former Water Resources, Works and Housing Minister, Collins Dauda, has reacted to the allegations and controversies surrounding the Saglemi Affordable Housing Project.

Mr Dauda has been charged with causing financial loss to the state in the Saglemi Housing deal.

The erstwhile Minister, who supervised the initiative at the time it was approved by Parliament, has also been charged with intentionally misapplying public property.

In the particulars of offences, he is said to have intentionally misapplied $200 million which had been approved by Parliament for the construction of 5,000 housing units.

The said amount was rather applied towards the payment of 1,412 housing units under the Saglemi Affordable

But, reacting to the accusations, Mr Eric Opoku, a former Brong Ahafo Regional Minister, explained that the money Mr Dauda is alleged to have misapplied was not given directly to him.

According to him, the monies were rather disbursed by the Ministry of Finance at the time.

“That $200 million was not given to Collins Dauda. Anyone who tells you that money was given to Mr Dauda is a liar. That money was presented to the Ministry of Finance and the Housing Ministry only supervised the project.

“The only job the Works and Housing Ministry did was to get a recommendation letter for the contractor to be paid, and that was even after the government’s consultant for the project, is satisfied with the work, then a certificate will be generated to the government to facilitate payment.

“So the money could not have been given to Collins Dauda personally,” he told Chief Jerry Forson on Adom FM’s morning show Dwaso Nsem Monday.

He said there were certificates to prove that work has been done on the project.

Mr Opoku argued that Mr Dauda has been in politics for so long and knows what is right and wrong in the bosom of the laws of the country.

“Mr Dauda is a generous and honest man and won’t do anything to cause financial loss to the state. He knows his rights and wrongs and won’t dare step on toes. The money they are talking about was at the Ministry of Finance, and certificates were issued to contractors to work on the project, so how could you say Mr Dauda has spent much money,” he quizzed.

Mr Opoku maintained that the former Minister has done nothing wrong and was ever ready to defend himself in court.

She even wears knickers to wash in the compound — Takoradi w...
32 minutes ago