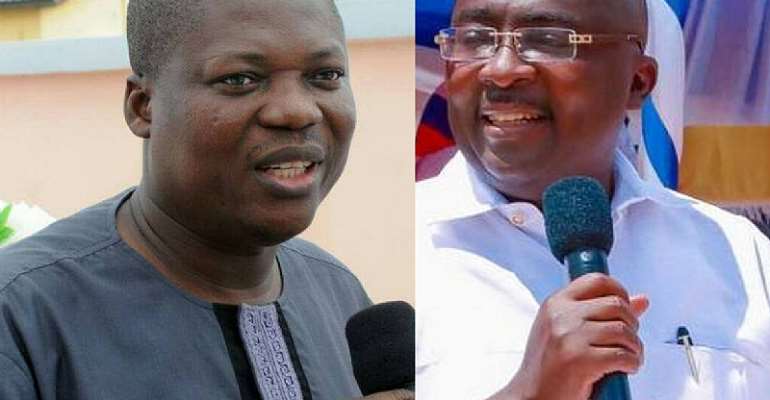 Speaking to Mansah Musah in London when he was asked if principalities and demons as stated by the Vice-President Dr. Mahamudu Bawumia are in finance and economics manuals, Prof. John Gatsi replied that an economy is managed based on policies, programs and projects within the framework of sound institutions.

He said discovering principalities and demons instead of new ideas, new projects, new policies and dialogue with the youth, professionals and ordinary Ghanaians means there is a heavyweight of failure fatigue, policy saturation and general frustration.

Prof. Gatsi noted that managing an economy can be tasking and difficult especially in the Covid era and at a time when Ghanaians are refreshing their memories about the Vice President and what he said about his ability and numerous promises.

When Mansah Musah asked Prof. John Gatsi on his Sunday evening show in London on phone why the Finance Minister didn’t want to disclose the engagement with the IMF, Prof. Gatsi replied that it was meant to paint a picture that going to the IMF for support meant mismanagement and inability to manage well.

He said is partly due to NDC's failure to explain to Ghanaians that going for the HIPC initiative was a program and support from the IMF in recent political economic discourse in the country.

He added that the recent one billion dollars zero interest loan with five years moratorium is another example of support from the IMF under the NPP.