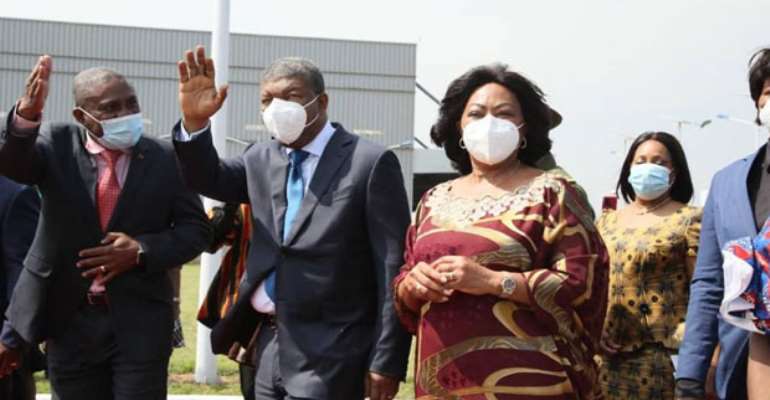 This is at the invitation of President Akufo-Addo as a follow up to his visit to Angola in August, 2019, for 2-day official visit at the Angolan leader’s request.

He was met on arrival at the Kotoka International Airport by the Defence Minister, Dominic Nitiwul.

President João Lourenço’s visit is aimed at strengthening economic ties between the two countries, and to also explore possible areas of co-operation for the benefit of the two countries and their citizens.

He will on Monday, August 2, confer with President Akufo-Addo at the Jubilee House, where both leaders would hold bilateral talks, and preside over the signing of a Memorandum of Understanding on Political Consultations between both countries.

He is also expected to tour, lay a wreath and plant a tree at the Kwame Nkrumah Mausoleum in Accra, and be later hosted to a State Banquet at the Jubilee House by President Akufo-Addo.

President Lourenco is scheduled to visit the Secretariat of the African Continental Free Trade Area (AfCFTA) on Tuesday where he would interact with Secretary Genral , Wamkele Mene.

He is also expected to visit and address Ghana’s Parliament on the fore noon the same day (Tuesday).

The Angolan President will depart for his country on Wednesday.

He is being accompanied by an host of officials from his country.