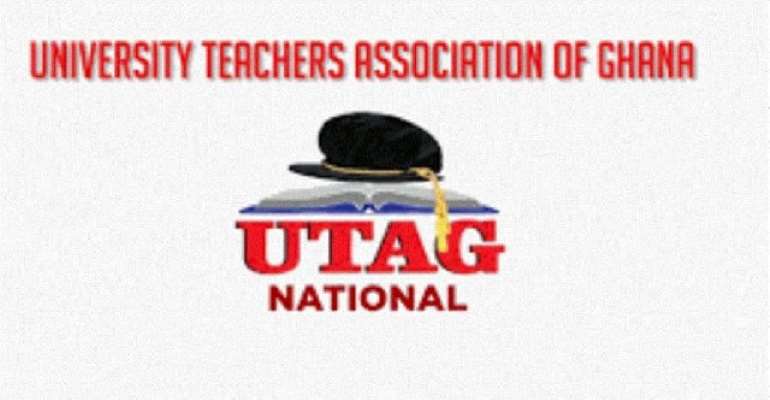 The National Executive Committee (NEC) of the University Teachers Association of Ghana (UTAG), has directed its members to withdraw all teaching and related activities on campus beginning tomorrow Monday, August 2, 2020.

“They should lay down their tools and stay off teaching, examinations and invigilation, marking of examination scripts and processing of results until further notice,” a statement issued by the NEC, and jointly signed by Professor Charles Marfo, the UTAG National President, and Dr Eric K. K. Abavare, the National Secretary said.

It encouraged members on the various campuses to comply with the directive.

The decision to embark on an industrial strike, according to the NEC, was borne out of the government's refusal to heed calls by the Association to improve the worsening conditions of service of the university teachers.

It said the Association was not happy at the way the authorities had been dragging their feet on negotiations concerning the welfare of the teachers.

“Specifically, negotiation of our conditions of service which was started some two years ago had overly been delayed with no end in sight,” Prof. Marfo said.

He said the UTAG was carrying out its threats to demonstrate to the government the seriousness attached to the members' demand for the right thing to be done.

According to the NEC, the attitude of the representatives of the government in the series of meetings held over the week suggested that the university teachers were being taken for granted.

“We have no option than to resort to an indefinite strike,” the UTAG National President noted.

This follows the government’s failure to respect and fulfil the agreements between both Parties (SSA-UoG and Government).

According to the group, the government failed to meet the “19th May 2071 Sixty (60) day’s ultimatum to resolve all our concerns about:

Computation of Tier 2 pension interest on the accumulated (2010-2016) principal amount paid on May 17, 2021, and its refusal to establish a payment plan, as well as the Finalization of conditions of service, which has not been reviewed since 2008.”

It further noted that the 9th June 2021 agreement between SSA-UoG and the Fair Wages and Salaries Commission (FSC), supervised and witnessed by Vice-Chancellors Ghana and the (Ghana Tertiary Education Commission (GTEC) to use the period from 30th June-19th July 2071 within which to conclude all the outstanding negotiations, tuned out to be a hoax upon its expiration.

“Government's contemptuous and total disregard to the National Labour Commission’s (NLC) directives on January 28, 2021 upon hearing from both parties to resolve all our concerns within a three-month stipulated period, which also regrettably elapsed on March 31, 2021, repugnantly.

For the avoidance of doubt all members of the Senior Staff Associations across all the 16 Public Universities in Ghana (SSA-UOG and FUSSAG) are required to lay down their tools without any exceptions, until further notice,” it said.