Central Gonja: Two suspected kidnappers busted in Buipe, others on the run 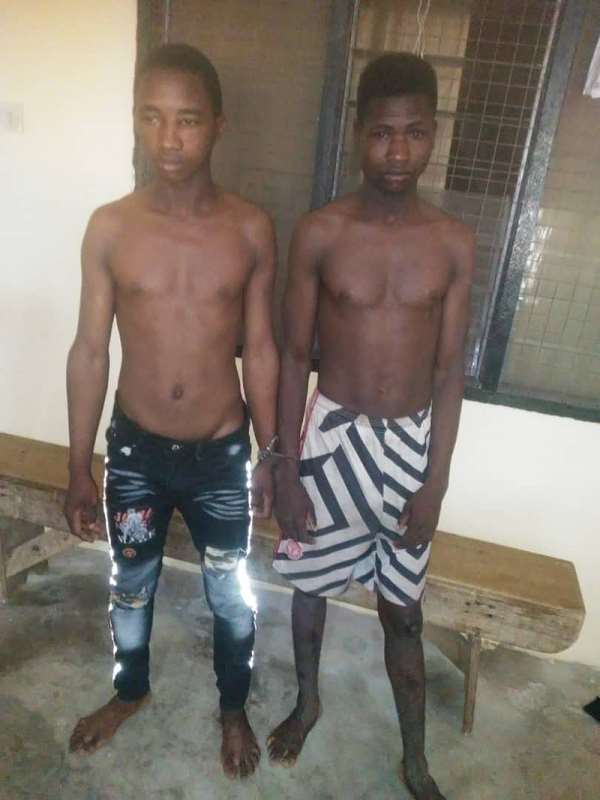 Two suspected kidnappers have been arrested by the police at Sawaba, a town near Buipe in the Central Gonja District of the Savannah Region.

The arrest, according to a police report intercepted by ModernGhana News , occurred on Friday July 30th, 2021 at the said location.

Reports say they were riding towards Buipe on the Tamale-Buipe highway when the Buipe police patrol team arrested them.

Police after subjecting the suspects to interrogation, confessed to being kidnappers and mentioned one Amadu, Sumaila, Burger, Haruna and Babuga who are currently on the run as accomplices.

The police report further revealed that on Saturday July 31, 2021, the suspects led them to the outskirts of Yapei and identified one Laagi Mahamadu as a victim they kidnapped in April this year.

Victim Laagi Mahamadu was released after his father, identified as Umar Mohammed paid a ransom to the tune of ten thousand Ghana cedis.

Efforts are being made to arrest the accomplices to face the law.