Gym instructor reveals how married women seduce them during work out 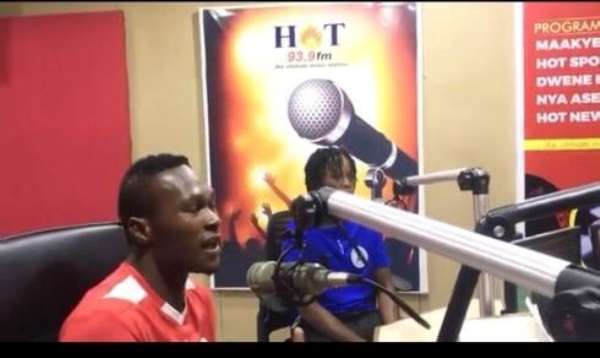 Ever since the 34-year-old gym instructor popularly known as little was shot dead in his room at Tantra Hills in Accra on Thursday, July 22, it's been alleged that he was murdered for dating someone's wife after being warned several times.

Reports say the said 47-year-old married woman was with him at the time of the incident but was not harmed by the assailants.

Speaking in an exclusive interview on sports morning show, 'Hot Focal Sports' - hosted by Stonchist D'Blakk Soulja on Accra-based Hot 93.9FM, Totti Laryea, who was answering a question on whether gym instructors have affairs with married women who come for training, without mincing words said some of the women seduce them when they are being guided during workout sessions.

According to Totti, most of the women come for a buttocks workout or develop their hips "so while guiding them through the process, they start touching you with their private parts and if care is not taken, you will end up cheating on your wife or girlfriend."

Totti Laryea who is the CEO of 'Train Like a PRO' gym at Nungua in Accra, also alleged that most gym instructors, especially those into aerobic go with the mindset of pursuing women.

For this reason, he has ruled out aerobic exercise from his services to prevent any form of temptation.

Watch excerpts of Totti's submission below: