U/E/R: Ban on all game except grass cutter begins today 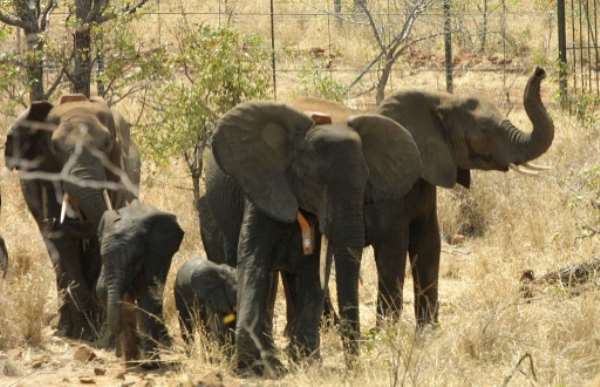 The Upper East Regional Manager of the Wildlife Division (WD) of the Forestry Commission (FC) in charge of the five Northern Regions Joseph Binlinla has advised the general public to strictly adhere to the ban on all game except grass cutter.

Speaking to ModernGhana News in an interview in Bolgatanga, Mr Binlinla said, the ban is an annual affair and is in conformity with the Wildlife Conservation Regulation 1971, LI 685. He said the law has been in existence for the past 50 years and is mainly to allow all kinds of species to multiply for a sustainable management of wildlife. Mr Binlinla noted that Wildlife is key as far as mankind’s life here on earth is concern, "for we derive so much benefits from wild animals and flora."

Against this background he added that, there are basic rules and regulations that the Forestry Commission uses to sustainably manage natural resources particularly wild animals and trees in order to preserve them for generation yet unborn. He stated that, during this period of the ban, no one is allowed to hunt, capture or harm and any kind of wild animal nor patronize their meat except grass cutters only with game permit from the wildlife division.

According to him, grass cutters are the greatest pest to Agriculture production. Mr Binlinla advised the general public to cooperate with the Wildlife Division (WD) of the Forestry Commission (FC) by reporting any act that violate the ban for the appropriate sanctions to be taken. He stated that, the relevance of wildlife to man socially, culturally, scientifically and tourism-wise cannot be underestimated.

Ablakwa making noise about Akufo-Addo’s flights for politica...
37 minutes ago