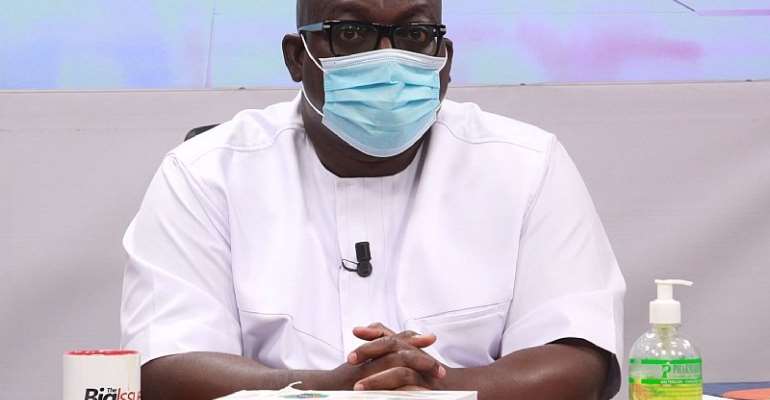 Private Legal Practitioner, Nii Kpakpo Samoa Addo has expressed concerns over the nullification of the 2020 parliamentary election held in the Assin North Constituency in the Central Region by a Cape Coast High Court.

He said the matter should have been left for the Supreme to decide and interpret accordingly.

The lawyer’s comment is on the back of the Cape Coast High Court’s determination that the National Democratic Congress' 2020 parliamentary candidate for the Assin North Constituency, Joe Gyakye Quayson breached the provisions of the constitution with regard to dual citizenship .

The Judge, Justice Boakye, upheld that, Mr. Quayson did not denounce his allegiance to Canada at the time he was filing his documents to contest for the parliamentary slot in 2020 and thus cancelled the election and ordered the Electoral Commission to organise the parliamentary poll afresh in the area.

But speaking on the Big Issue on Saturday, Nii Kpapko argued that the safest option was for the issue to be referred to the apex court for a proper interpretation and conclusive outcome.

“In my humble opinion, I think that the High Court should have stayed away and allowed the Supreme Court to interpret what is meant to hold allegiance and when that provision kicks in. Because, when you have a decision that leaves doubt or room for further arguments, then there is no conclusion”, Nii Kpakpo added.

He, therefore, suggested that an application should be filed at the Supreme Court to settle the ‘confusion’ currently brought on by the High Court’s judgement.

“I am strongly convinced that the resolution of this matter is to have a Certiorari application at the Supreme Court so that it will give us a clear direction on what it means to have allegiance to another country.”

In the meantime, the Central Regional Secretary of the governing New Patriotic Party, Richard Takyi Mensah, has in his personal capacity also filed a criminal case against Mr. Gyakye Quayson, who can no longer hold himself as the MP for Assin North.

After Mr. Quayson was declared MP-elect for the Assin North Constituency, he was dragged to court by Michael Ankomah-Nimfa, a resident of Assin Bereku in the Central Region.

Mr. Akomah-Ninfa filed a petition at the Cape Coast High Court seeking to annul the declaration of Mr. James Gyakye Quayson as the Member of Parliament for the Assin North Constituency for owing allegiance to Canada.

According to Article 94 (2) (a) of the 1992 constitution of Ghana, “A person shall not be qualified to be a member of Parliament if he or she – (a) owes allegiance to a country other than Ghana.”

MMDCE appointments shouldn't be seen as job for the boys' - ...
11 minutes ago

MPs don't construct roads; 'masa' my party is not in governm...
56 minutes ago