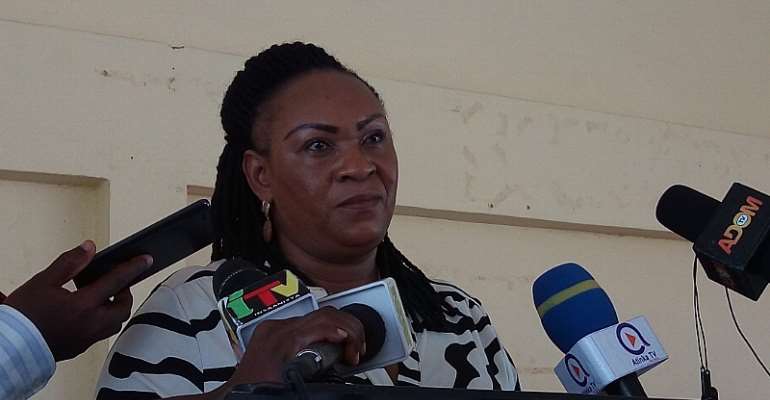 Minister for Fisheries and Aquaculture, Mavis Hawa Koomson, says the Ministry is extending the close fishing season for fishermen at Elmina and also denying them premix fuel as punishment for their unwillingness to renounce light fishing.

The Fisheries Minister said this on Saturday while reopening the fishing season for Canoe and Inshore fishermen at a ceremony in Sekondi in the Western Region.

“By the close of today and tomorrow, all the landing beaches will have premix fuel, except Elmina because we don't want them to go fishing.”

“We will refuse them some premix fuel. The logistics that they need from the government to go fishing, we will not give to them for some time,” the minister said.

Fishermen in Elmina and Cape Coast have said a ban on light fishing will affect their work negatively.

They say since the introduction of pair trawling on Ghanaian waters, they are unable to get enough fish without the use of light.

The Minister indicated that the restrictions will be lifted when there are indications of compliance on the part of the fisherfolk.

The 2021 closed season for fishing took effect from July 1 for both artisanal and semi-industrial fleets.

This is done annually to restock depleted marine fish stock.

The closed season was observed for the first time in 2019.