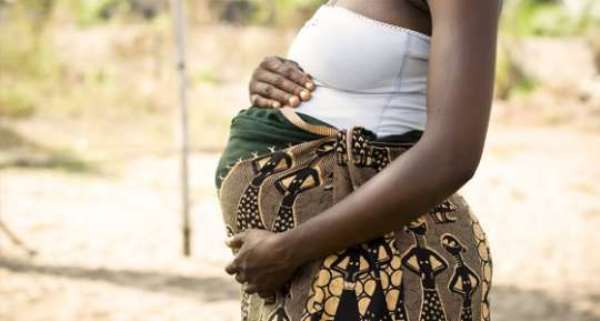 Mr Bempah noted that the cases were recorded among young girls between the ages of 16 and 19.

Speaking at a mid-year review held at Gomoa Afransi recently, Mr. George Bempah lamented the high rate of teenage pregnancy recorded from January to June 2021 in the District.

He attributes the situation to peer pressure and lack of parental control.

According to him, the Ghana Health Service was doing everything possible to educate the youth about negative effect of teenage pregnancy.

"The ages of the recorded cases ranges from 16 to 19 years. It is of great concern to the society and the earlier we reduce teenage pregnancies associated with school drop-out, the best for the District," he stated.

The District Chief Executive (DCE) for Gomoa Central Hon Benjamin Kojo Otoo says his checks at the District Directorate of the Ghana Education Service (GES) shows that most of the girls were not students in the District.

"They were girls whose parents had refused to send them to school. They only roam around about doing nothing and fall into the hands of jobless guys who takes advantage of their situation to impregnate them. It is unfortunate.

"The Ghana Education Service through its Girl-child education unit is offering guidance and counselling services to the girls to avoid early sex and its related negative effects which mostly leads to Sexually Transmitted Diseases (STDs) and pregnancies.

"It is worthy to note that Girl's Clubs have been formed in every Basic School in the District to educate the students about personal hygiene and other health issues. A healthy people makes a wealthy nation. We need healthy manpower resources for the development of Gomoa Central District and Ghana as a whole," he emphasized.

The DCE hinted that a Girl's Model School was built at Gomoa Benso to mode girls into responsible leadership.

He advised parents to take full responsibility of their children's education adding that they spent few hours in school while the rest were spent at home. "So, they have ample time to mode them."

Mr Otoo added, " The Gomoa Central District Assembly is working closely with Nananom, Religious Leaders, Assembly Members, Unit Committee Members, Groups and Associations as well as Civic Society Organizations to ensure the Well-being of the people in the District especially our children.

"Whenever I meet with the girls, I advise them to adopt our Member of Parliament for Gomoa Central, Hon Naana Eyiah as their role model and aspire to be like her in the near future. This will propel them to attain height in the educational ladder.

"I have also urged Heads of our basic schools not to reject pregnant girls but to encourage them to attend classes if they are healthy enough till delivery."