"Upholding the Rule of Law" Is the Key Phrase Here 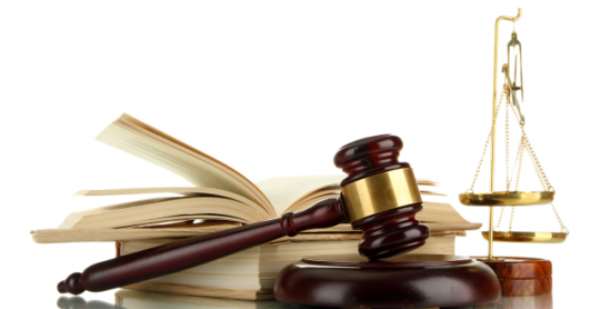 As he launches his Handbook on National Self-Defense and Self-Awareness, President Addo Dankwa Akufo-Addo must be well aware, as many other Ghanaian citizens and ardently constructive critics and inveterate detractors alike have already indicated, that what our beloved nation is direly in need of presently are the effective, bold, impartial and purposeful implementation of laws and regulations already on/in the books, as it were, and not the mere production of diamond-gilt souvenir-grade documents that do little to enhance both the quality of life of the ordinary Ghanaian and the general state of security in the country. Which is what this whole document called the National Security Strategy Document is clearly and fundamentally about (See “Akufo-Addo Launches Ghana’s First National Security Strategy Document” Modernghana.com 6/7/21).

Indeed, if he listened to his critics a little bit more studiously, “The Little Man from Kyebi,” actually from Akyem-Abomosu, would have heard one particular word stand out the most from such, for the most part, well-meaning criticism. And that particular word, of course, is “Enforcement.” That is, the prompt and effective and unreserved application of the laws in the statutory documents or “the books,” as Americans are wont to call it. Dear Reader, if you would permit, the 1992 Fourth-Republican Constitution of the Sovereign Democratic Republic of Ghana. The fact of the matter is that ever since Nana Addo Dankwa Akufo-Addo acceded to the Presidency in January 2017, he has yet to credibly and effectively demonstrate that he has both the will and the desire to dutifully enforce the Social Contract, in classical Rousseauian terms, that is, the laws and principles that make Ghana the postcolonial Nation-State that our leaders claim the same to presently be.

You see, his first major and massive failure was in the punitively inescapable matter of the Double-Salary Scamming of the hardworking but wantonly exploited Ghanaian taxpayer, when the newly elected President Akufo-Addo unhealthily and unwisely allowed his personal sentiments and sympathy and empathy to get the better part of his electioneering campaign pledge to jealously protect the National Purse. And Wallet too, of course! And then he scandalously allowed the Haruna Iddrisu Gang of kleptocratic politicians and faux-socialist parliamentarians to literally get away with broad-daylight murder. From then on, any reasonably well-educated adult-Ghanaian citizen could readily connect the proverbial dots, which was inescapably that, henceforth, it would be all a downward spiral on the official corruption battlefront or, rather, the anti-official corruption battlefront.

But what is especially damning and perplexing here is not the mere fact of his epic failure in the first test of his leadership will and determination to clean up the Stygian mess bequeathed both Nana Akufo-Addo and the Ghanaian citizenry at large, by the democratically and auspiciously ousted John “European Airbus Payola” Dramani Mahama-led government of the National Democratic Congress (NDC), but also the very predictable and scandalous fact that it would soon be the very politicians that he had “compassionately” left off the hook, in the Double-Salary Scam, who would turn around and thumb their noses, and nostrils, at him and ironically accuse the former Attorney-General and Minister of Justice of being so inimitably corrupt as to bring Ghana several notches down the Global Corruption-Ranking Index.

Now, if that was not tantamount to an inexcusable political and moral suicide, I don’t know what else it was. You see, Nana Akufo-Addo has quite a bit to learn about how not to entertain any monarchical or the egregious interference of the Chieftaincy Establishment in Fourth Republican Ghanaian Democracy or democratic culture. It is simply not good political practice in the postcolonial era, all the wistful self-flagellation by these anachronistic and inordinately greedy and parasitical monarchical and patently feudal chieftains notwithstanding. You see, Ghanaians have a Monarchical History – at least for the greater majority of us – that does not make this establishment geopolitically beneficent in the way that such monarchies have proven themselves in the area of self-interested and progressive national development.

The Chieftaincy Establishment has almost effectively lost its practical relevance. Besides, whatever relevance and significance it may still be aptly reckoned to have retained could be easily codified into statutory laws and regulations while we healthily allowed this decidedly parasitic establishment to go the way of all effete but once relevant human institutional establishments. Ghana’s former dapper Foreign Minister has more than creditably acquitted himself in the area of document drafting and, to a quite remarkable extent, the effective implementation of the same where he has allowed himself to be guided by conscientious determination. Now, it is time for Nana Akufo-Addo to fully focus on the progressive implementation of the laws and regulations on/in the books, especially where our national security and socioeconomic development are concerned.