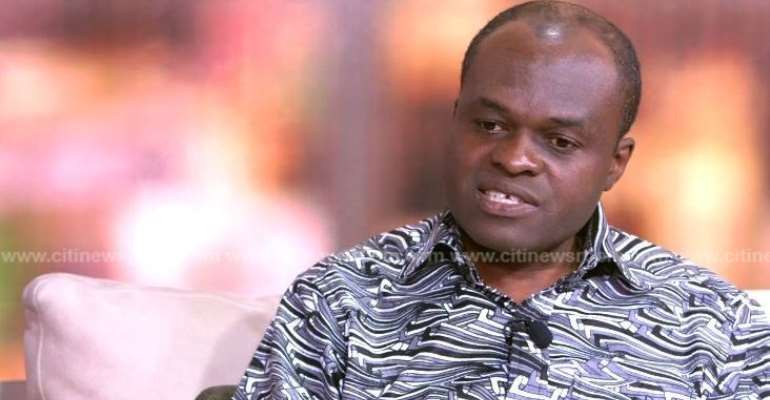 The Central Regional Secretary of the governing New Patriotic Party, Richard Takyi Mensah, has in his personal capacity filed a criminal case against Mr. Gyakye Quayson, who can no longer hold himself as the MP for Assin North.

The complaint filed at the Criminal Investigations Department (CID) of the Ghana Police Service is to investigate Mr. Quayson’s participation in a number of unlawful activities, including his participation in the election of the Speaker of Parliament, although the High Court in Cape Coast had barred him from holding himself as an MP at the time.

But speaking on the development, Mr. Kpebu said such criminal action against Mr. Quayson will be a waste of time and resources given the poor nature of the case in law.

“He [Quayson] sent in the renunciation on 19th December 2019, and they said it takes about six to nine months. So it’s very clear that he had good faith. So this is not something I think that we should waste time on and press criminal charges. We do not have resources, there are better cases to pursue. This is not a good case for criminal prosecution”, he said on the Big Issue on Citi TV/FM on Saturday. Complaint

In the complaint sighted by citinewsroom.com Mr. Takyi Mensah argued that the MP appended his signature before a judicial officer that he did not owe allegiance to any country other than Ghana, at the time he was fully aware that as a matter of fact, he owed allegiance to Canada at that material time of making the said statutory declaration.

He also makes the point that the MP in his quest to acquire a Ghanaian passport on July 30, 2019, was asked whether he held dual citizenship, but he answered in the negative when in fact at the time of filling the said Ghanaian passport application forms, he was holding on to the Canadian Citizenship.

In this regard, he insisted that Mr. James Gyake Quayson has perjured himself by lying under oath hence, “the petition for criminal investigations to be conducted” against him. Election of no effect

The Cape Coast High Court in the Central Region declared the 2020 parliamentary election held in the Assin North Constituency null and void.

The court, therefore, ordered for a fresh election to be conducted in the constituency .

This ruling was given on Wednesday, July 28, 2021, by the court presided over by Justice Kwasi Boakye.

In his judgement, Justice Boakye upheld that, the National Democratic Congress' 2020 parliamentary candidate for the constituency, Joe Gyakye Quayson breached the provisions of the constitution with regard to dual citizenship.

After he was declared winner in the constituency's election, Mr. Quayson was dragged to court by Michael Ankomah-Nimfa, a resident of Assin Bereku in the Central Region.

Mr. Akomah-Ninfa filed a petition at the Cape Coast High Court seeking to annul the declaration of Mr. James Gyakye Quayson as the Member of Parliament for the Assin North Constituency for owing allegiance to Canada.

In November last year, a group calling itself 'Concerned Citizens of Assin North' petitioned the Electoral Commission in the Central Region to withdraw the candidature of Mr. Quayson, arguing that he owes allegiance to Canada.

According to Article 94 (2) (a) of the 1992 constitution of Ghana, “A person shall not be qualified to be a member of Parliament if he or she – (a) owes allegiance to a country other than Ghana.” Background

The National Democratic Congress (NDC), had insisted that their MP is “a full citizen of Ghana who owes no allegiance whatsoever to any other country. He is a Ghanaian in law and, in fact, qualifies to be a Member of Parliament according to the laws of Ghana.”

Recent history has seen a former Member of Parliament jailed for a similar offence.

In 2012, the Accra Fast Track High Court sentenced the NPP's Adamu Dramani Sakande to two years imprisonment after he was found guilty of false declaration of office, perjury, and deceit of a public officer.

His status as the MP for Bawku Central was challenged due to his dual citizenship.

Adamu Sakande contested the Bawku Central seat on the ticket of the NPP in the 2008 election and snatched the seat from Mahama Ayariga before he was jailed.

He was granted a presidential pardon on December 31, 2012, by the then President, John Dramani Mahama, based on medical grounds, but died a few years later.