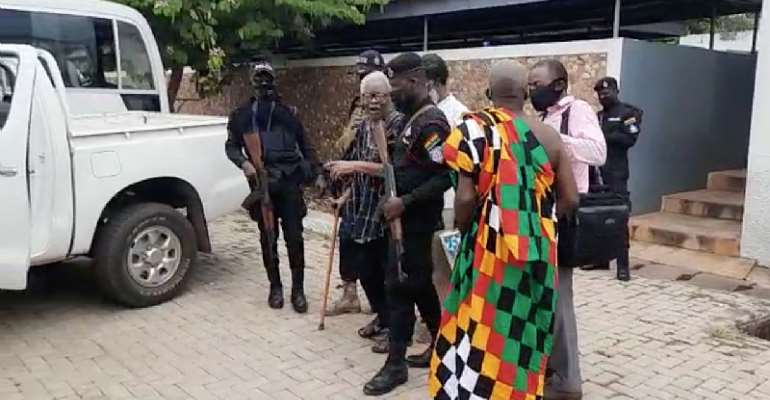 The Ho High Court has granted bail to the Founder and Leader of the separatist group, the Homeland Study Group Foundation, Charles Kormi Kudjordi, aka Papavi, after his arrest at his residence in Ho on Wednesday, July 28, 2021.

Citi News understand the arrest was made by a team of security personnel of the Ghana Police Service and National Intelligence Bureau, who had placed surveillance on him for months after he declared Volta Region as an independent Western Togoland state on November 16, 2019, at a public event in Ho.

After the public declaration, some of his supporters were later arrested and arraigned before court, while an arrest warrant was placed on him.

Papavi was detained at the Volta Regional Police command when he was arrested and subsequently arraigned, where he was granted bail.

Efforts made for the Regional Police Command to speak to Citi News on the arrest proved futile.

Papavi has always been in favour of a non-violent push for part of the Volta Region to be made an autonomous state known as Western Togoland.

Some of the group's members have been arrested and slapped with treason felony charges in the past, but those charges were eventually dropped pending further investigations.

Despite the foundation’s non-violence stance, attacks on police stations and roadblocks in the region on September 25, 2020, as well as the raid and torching of buses at the Ho State Transport Corporation yard have been attributed to it.