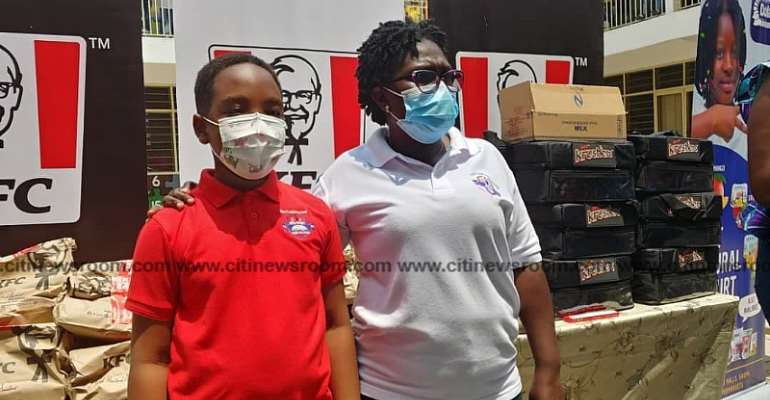 Nine-year-old Oswald, whose 'our day' wishlist has gone viral on social media aspires to be an actor in future.

In a simple letter to his mother requesting a list of items needed to celebrate the last day of the academic term, known in Ghana as 'Our Day', Oswald has received way more than he bargained for or ever imagined.

From banks offering investment accounts to food companies offering lunch for Oswald's whole class to TV subscriptions payments, as at Friday, 30th July 2021, there were over 40 promises made by different entities to help the young boy and his mates celebrate the day.

In the letter posted on Twitter by a user with the account @SmylyThe3rd, the young Oswald asked his mother not only to ensure the provision of the items he asked for but also ensure she 'doesn't disappoint him because he didn't disappoint her by excelling in his exams'.

Young Oswald in an interaction with Citi News thanked the brands that came on board to make his ‘our day’ celebration a memorable one.

“When I was writing the letter, I never thought it will go viral. I decided to write the letter because I see cartoon characters do so. So I was only trying. I want to say a big thank you to all of you for these gifts. I urge my friends to learn hard.”

“I want to be an actor in the future. I will pursue it when I complete school,’ he indicated.

His ‘favourite’ teacher, Mrs. Ernestina Appiah, who received her cake and other gifts as Oswald wished for her, also advised colleague teachers to give off their best.

“I urge my colleague teachers to work harder, love the children as I'm doing and work from their hearts.”

Young Oswald, who's a pupil of Christ Ambassadors School at Dansoman in Accra, in his letter asked his mother to buy him food items such as soft drinks, biscuits, and chocolates, as well as a request to bring his Ipad to school; a request that left many social media users in stitches.

Oswald's favourite teacher, Mrs. Appiah, wasn't left out as he requested “a big cake” for her, much to the amusement of social media users.

Musicians Mr. Drew, DopeNation, and KiDI, visited the school to entertain Oswald and his mates.

KiDi, who's a brand ambassador for Samsung, gifted Oswald and his teachers some Samsung products.