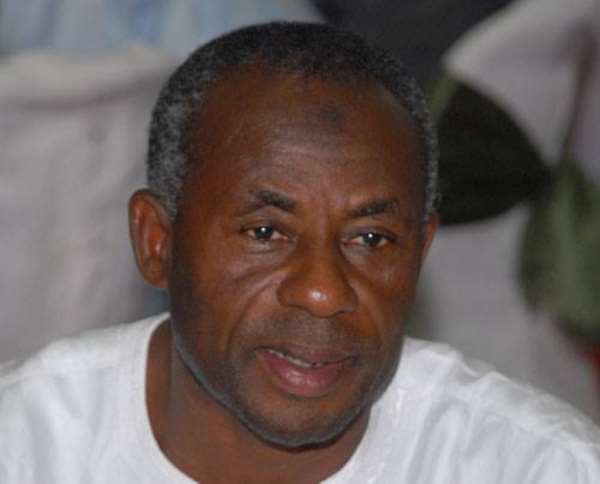 Former Water Resources, Works and Housing Minister, Alhaji Collins Dauda, has been charged with causing financial loss to the state in the Saglemi Housing deal.

Mr. Dauda, who supervised the initiative at the time the project was approved by Parliament, has also been charged with intentionally misapplying public property.

In the particulars of the offences sighted by Citi News, he is said to have intentionally misapplied $200 million “by causing the said amount which had been approved by the Parliament of Ghana for the construction of 5,000 housing units to be applied towards the payment of 1,412 housing units under the Saglemi Affordable Housing Project.”

Mr. Dauda who is the current Member of Parliament for the Asutifi South constituency had been accused of altering the original agreement for the Saglemi housing project without recourse to Parliament.

The former Works and Housing Minister, Samuel Atta-Akyea, who had over the years made such allegation agains the Mr. Dauda said after Parliament passed the agreement in October 2012 the then-minister reviewed the contract scaling down the number of units to some 1,500 units and later to 1,024 units after another review in 2016.

The first phase of the Saglemi housing project has 1,500 housing units and was commissioned by John Mahama in 2016 but has been left unused.

The loan agreement was between the Government and Credit Suisse International for $200 million for the construction of 5,000 affordable housing units by Construtora OAS Limited.

The deal agreement was first laid in Parliament on September 28, 2012.

The project, which was intended to reduce the country's massive housing deficit, is seated on a 300-acre land with one to three-bedroom apartments for low-income earners.

The project stalled due to a decision by the Akufo-Addo administration to probe the financial arrangements under the project.

The former Minister for Works and Housing, Samuel Atta-Akyea, invited the Attorney General to scrutinise the agreements in October 2018.