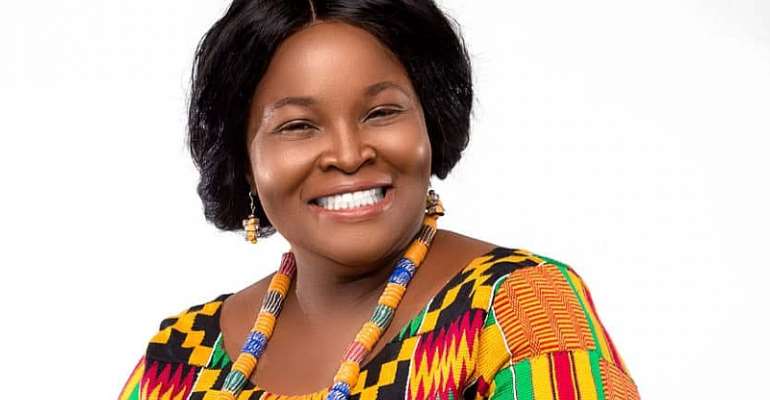 The Evangelical Presbyterian Church Ghana on Sunday, inducted the first female general manager of its schools.

The E.P. Church's Education Unit since its establishment in 1946 have seen men heading its units. For the first time in 75years, a female general manager has been appointed as head of its schools.

The moderator Rt Rev. Dr. Lt. Col BDK Agbekor (Rtd) in his sermon charged the new general manager Mrs Marian Jemima Akua Adzroe to depend on God for direction in all her endeavours.

He also pledges the church's full support to enable her discharge her duties.

The General Manager during her acceptance speech promised to work with all stakeholders to improve the learning outcomes and also revive the Presbyterian discipline in E.P. Church Schools nationwide.

Pr. Foster Agortse, the immediate past Ag General Manager took his turn to wish the new General Manager well in her new role and tasked her to work hard to bring glory to the church and mother Ghana.

The ceremony was colourful with the display of Fontonfrom ensemble. Mass Melodious choral music from E.P.C.G. Mawuko Girls & Mawuli School.

The Clerk of General Assembly Rev Dr E.A.K. Amey led the liturgy and the Presbyter Executive, Pr. Sitsofe Sakyi took the third reading on which the sermon was preached.