'Who begged you for National Cathedral?" — NDC boy to Akufo-Addo 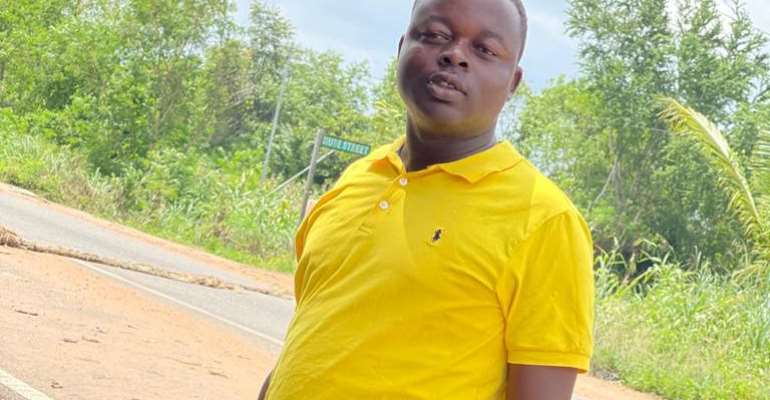 The Ward Coordinator and a social media activist who is lacing his boots to contest one of the positions in the National Democratic Congress at the constituency level, Mr. Japhet Festus Gbede has taken a swipe at the President and the Finance Minister for appealing to Ghanaians to donate Ghc100 monthly towards the construction of the National Cathedral.

The Finance Minister, Ken Ofori-Atta, while presenting the 2021 Mid-Year review Budget Statement and Economic Policy on Thursday urged all, including Members of Parliament, to donate Ghc100 each towards the construction every month.

Dubbed “Ketewa Biara Nsua” about one million Ghanaians are projected to donate GH₵100 a month towards the controversial project.

He noted Ghanaians could support the noble cause by dialling the shortcode *979#.

But this call, according to the young communicator is in the wrong direction.

The angry Japhet, speaking to thousands of his followers on social media, descended heavily on government.

In his statement, he accused the then Lands Minister, John Peter Amewu of causing financial loss to the state by allegedly pulling down state bungalows all in the name of the building cathedral whilst government did not have the financial muscle to undertake the project.

"In the first place who begged President Nana Addo Dankwa Akufo-Addo and his inept government for the cathedral?" Part of his Facebook post.

In the first place who begged President Nana Addo Dankwa Akufo-Addo and his inept government for the cathedral?

Ghc100 from each Ghanaian to put up the national cathedral and the poor public sector worker must squeeze Ghc100 per month to help put up a cathedral.

This time around, it's not a contribution of 73% for article 71 holders and 4% for public sector workers. It's a flat rate for everybody in Ghana.

The rich continue to widen the poverty gap between them and the poor citizens. While Turkey assisted Muslims in Ghana to put up the biggest mosque, the govt is charging individual Ghanaians to assist in putting up a national cathedral. How would Muslims accept this request if Christians never contributed to the building of their mosque?

The wicked Government of Nana Addo has rented alternative expensive bungalows for the Judges to relocate temporarily while it begins construction of over twenty new bungalows on a different land in replacement for what has been destroyed to make way for the cathedral. The then arrogant Lands Minister Peter koku Amewu who assures those affected that lands will be found to reconstruct the institution destroyed doesn't even know whether or not the government has money for the construction of this needless project before collapsing that edifice.

The NPP government led by Nana Addo and Bawumia must shut up, No serious Ghanaian citizen will contribute a penny into that account.

The money he used to bath in the sky can buy 1 million bags of cement.