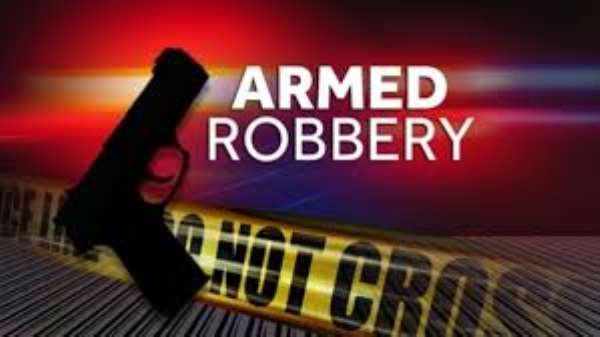 A suspected armed robber has been gun down in a shoot out with the Tema Police.

In a press release, the Tema Regional Police Command stated that the Kpone District Police Patrol Team received a distress call that some armed men numbering about twelve (12) and wielding guns as well as machetes had blocked the inner perimeter of the Ghana Power Generating Company.

The statement noted that the patrol team immediately responded to the distress call and on arrival at the scene were met with sporadic gunfire from the suspected robbery gang who were attempting to flee.

The report added that the police returned fire which hit a member of the gang who was wielding a sharp machete while the other members managed to abscond.

According to the statement, the Police rushed the injured suspect to the Police Hospital for medical attention but was pronounced dead on arrival by a medical doctor.

The body has been deposited at the hospital's morgue awaiting autopsy and further investigations into the incident.

The Police is urging the public to continue to volunteer information about the suspected criminals.

The call comes as a result of the increasing criminal activities in the country.