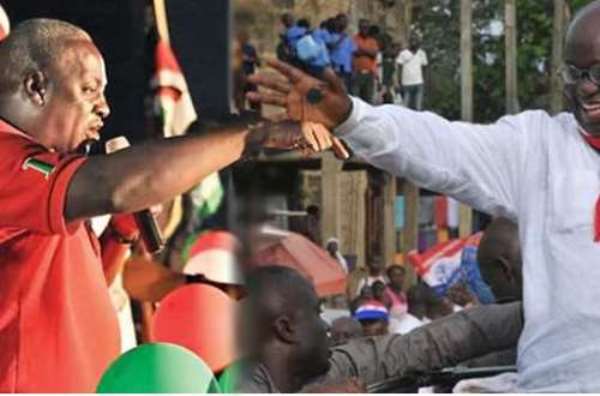 The social media teams of the both ruling New Patriotic Party (NPP) and the opposition National Democratic Congress (NDC) are set to lock horns next month in a football match.

Tasked with handling the social media pages of the two biggest political parties in the country, they have not always seen eye to eye.

However, when the dust settled and there is calm, they are able to put away the political colours to interact as just Ghanaians.

On August 14, 2021, it will be more of the same when the NPP and NDC social media teams put away the Elephant and Umbrella flags to engage in a football match at Madina Astroturf.

The game is being organised by ‘The Campaign City’ and has been dubbed “Social Soccer”.

The aim of the match is to bring all the Social Media handlers of the two political parties together to promote unity amongst the members and Ghanaians as a whole.

Through the match, the Campaign City also wants the two groups to put behind all the social media attacks that happened before, during, and after the 2020 General Election.

In addition, the #SocialSoccer match is also to enlighten members of both parties of the need to sanitize the media space and to clear any perceived friction between the two parties.

The friendly match between the social media teams of the NPP and NDC will be played at the Madina AstroTurf on August 14.