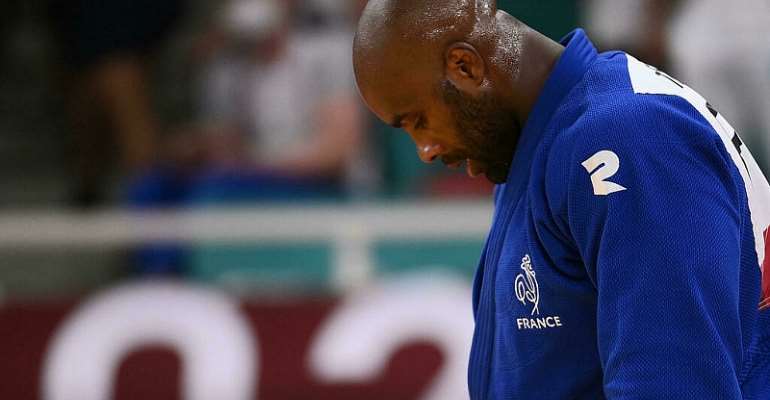 Teddy Riner's attempt to land a record-equalling third consecutive Olympic gold medal in judo ended on Friday when the Frenchman lost to Russia's Tamerlan Bashaev in the quarter-finals of the men's 100kg competition.

Riner, 32, lost 29 seconds into golden score when he fell onto his back as he attempted to throw Bashaev, who was given credit for a waza ari on a sumi-otoshi throw.

The defeat terminated Riner's attempt to match the feats of Tadahiro Nomura who won gold in Atlanta in 1996 before claiming more glory in Sydney in 2000 and Athens four years later.

At just over two metres tall, Riner had ruled the roost. He went 10 years between defeats while amassing world championships titles against opponents who were unable to deal with his size and athleticism.

Go for bronze
But his 152-bout winning streak ended in February 2020 with a loss to Kokoro Kageura of Japan in Paris.

Infrequent competition over the past 18 months due to niggling injuries meant he entered the Tokyo games unseeded.

Even though he won his first two bouts over Austrian Stephan Hegyi and Israeli Or Sasson, it was devoid of his famed elan. Riner will compete for bronze in the repechage.

Bashaev, the European champion, lost in the semi-final to the Georgian Guram Tushishvili who will take on Lukas Krpalek from the Czech Republic for the gold.