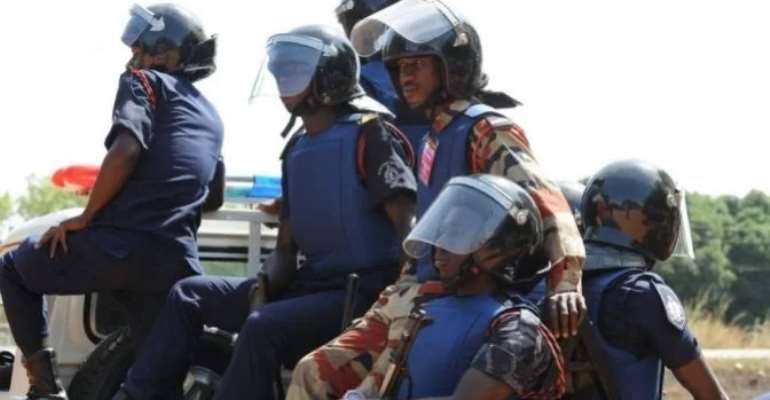 Police in the Ashanti Region have arrested 30 suspected criminals following a swoop in Kumasi.

The Police in the capital of the Region have been on alert this last few weeks and embarked on an operation to key hideouts of suspected criminals this week.

After the raid on Wednesday, not only has the security agency picked up these suspected criminals but their hideouts have been burnt.

The swoop this week took place at Aboabo Number 2, a suburb within Asokore Mampong Municipality.

The area in recent times has been identified as a major hub and hideout for suspected criminals within Kumasi and its environs.

According to the Ashanti Regional Police Command, the swoop is part of its effort to curb crime to assure the people of their security.

In an interview with Akoma FM, ASP Godwin Ahianyo who is a spokesperson for the regional command revealed that his outfit seized some weapons and sharp objects upon swooping the hideouts of the suspected criminals.

“During the Wednesday swoop, we arrested 30 suspects and burnt their hideouts, we also obtained gadgets such as local pistols, machetes, drugs, and other stuff.

“..we will parade them for identification and profile them then arraign them for court. We want to assure the public that this is not a nine-day wonder. We will visit all the hotspots in Kumasi to defuse the various base and hideouts of the criminals,” ASP Godwin Ahianyo shared.

Meanwhile, as the Command continues in its efforts to make Kumasi and the entire Region safe, the general public has been urged to provide information on suspected criminals and their activities to help fight crime.