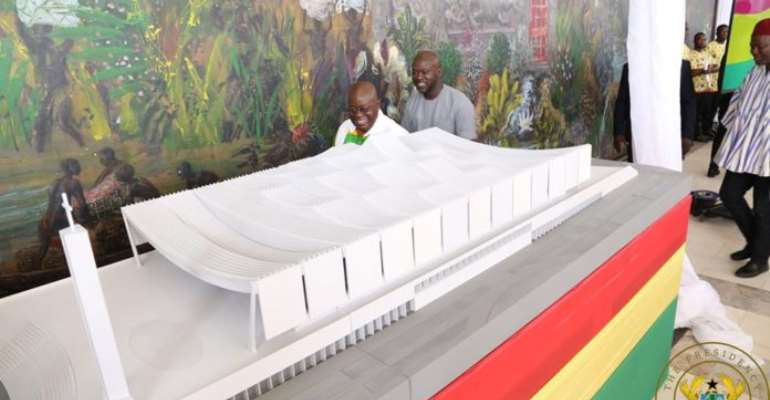 Minister of Finance, Ken Ofori-Atta says government will soon launch an initiative where Ghanaians will have the opportunity to donate GHS100 a month to support the contruction of the National Cathedral.

According to the Minister, the dream by the government spearheaded by President Akufo-Addo to construct the religious edifice is on course and expected to be completed in 2024.

As part of moves to raise the needed funds, Ken Ofori-Atta says government is set to launch the ‘Ketoa Biaa Nsua’ initiative.

"It is under this initiative that the government will appeal to Ghanaians to donate a sum of GHS100 every month to support its course.

Through the initiative, government aim to get one million Ghanaians to be involved in the monthly donations. For this particular purpose, a special shortcode 979 has been developed.

Ken Ofori-Atta further revealed that work on the National Cathedral is gradually advancing with the government expecting the contractor to complete his work in 2024.

“Upon completion, the National Cathedral will provide a space for formal religious activities of state and symbolize the enormous contribution of faith to nation-building,” the Finance Minister added.