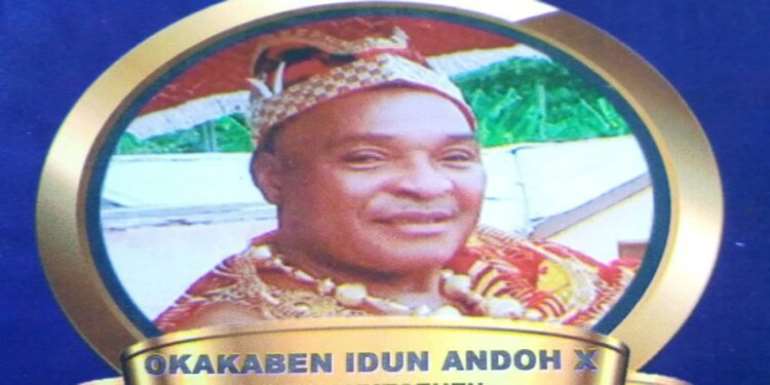 The Paramount Chief of Kwamankese in the Abura-Asebu-Kwamankese District of the Central Region Okakaben Idun Ando X has raised concern over the use of drugs by the youth.

According to him, there is an alarming increase in the patronage of Indian hemp popularly known as ‘wee’.

He notes that with the youth including 14-year-olds involved in the smoking of weed, he fears for the future of his traditional area.

He laments that surprisingly, the youth are mostly seen on a daily basis sitting in the opening and smoking wee.

Although several reports have been made to the police, the expected result has not been achieved.

The Paramount Chief reveals that as part of other measures, the youth have been sensitized at annual festivals and other gatherings.

Despite the advice offered against the negative effects of these vices, it is not yielding results.

Okakaben Idun Ando X who is now very worried partly blames police personnel in the District for not doing enough to help his efforts to curb the social vices that the youth in his traditional area has taken up.

In addition to the week smoking, the youth are said to have also taken up eating ‘wee toffee', a toffee containing Indian hemp.

Teenage girls particularly between the ages of 13 and 19 are also being impregnated with most of them without men to take care of them.

Okakaben Idun Ando X is pleading with organisations that can help to come on board to help the youth.

Takoradi kidnapping conspiracy: We will establish the truth ...
49 minutes ago