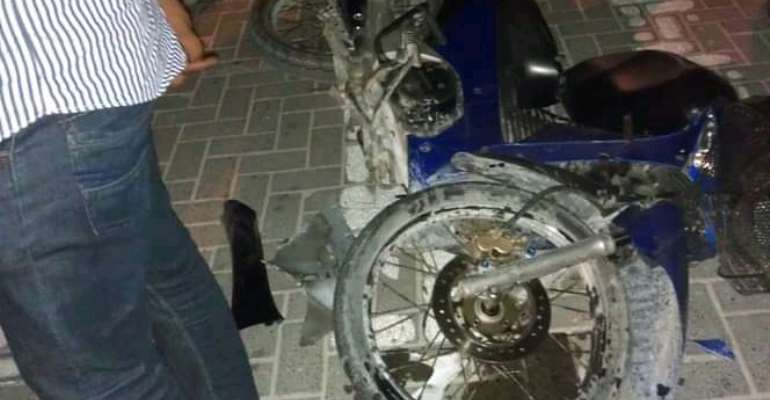 Two persons have been confirmed dead with one in critical condition at Gefia Clinic after they were involved in a motor accident on Gefia-Tadzewu road in the Akatsi South Municipality of the Volta Region.

The incident occurred on Thursday, June 29, at Gefia at about 7 o'clock in the evening.

Daniel Amazing, an eyewitness who spoke to ModernGhana News said two men were riding a motorbike with no registration number and faulty headlight.

According to him, the two on the motorbike who were moving from Gefia and heading Tadzewu collided with another speeding motorbike from the opposite direction with registration number GM 19-4649.

Other eyewitnesses told this reporter that the two on the motorbike which had no headlight were using the torchlight of a mobile phone.

He was a worker at Makafui and Sons Lotto company in Ayitikope who was returning from his job.

The other two victims are yet to be identified.

The incident has been reported to the Akatsi South Municipal Pollice Command.

The body of the deceased has been deposited at the Akatsi Dagbi Mortuary.