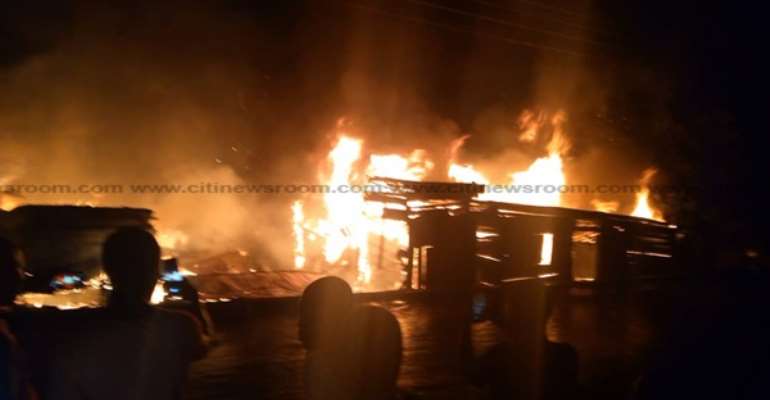 The Ghana National Fire Service (GNFS) has said over GHS 24 million worth of property were destroyed by fire in the country from January to June 2021.

According to the GNFS, the destructions were from over three thousand fire incidents recorded for the first six months of 2021.

The service also added that a total of 3,301 fires were recorded nationwide during the period. It also disclosed that more than half of infernos were domestic fires.

Speaking at a workshop organised in the Eastern Region, the Head of Human Resources of the Ghana National Fire Service, Deputy Chief Fire Officer Edward Ashong, also disclosed that Ashanti Region recorded most of the fire outbreaks.

He described the situation as worrying.

“Domestic fires took the lead and that was 1,869 followed by commercial fires. The Ashanti Region recorded most of the fires, and they recorded 613, and it was followed by the Greater Accra Region with 428.”

In an interview with Citi News, the Public Relations Officer of the Ghana National Fire Service, Divisional Officer I, Ellis Robinson Okoe disclosed that they are expecting the recommendation of the Architectural & Engineering Services Limited (AESL) for the Makola fire outbreak.

“For now, they are about to finish and hand over to the Minister. I am told by the end of the week, we have to let AESL access the structural integrity of the building because that does not fall within our domain. So if they tell us to break the building down, then we would have to break it down, but if they say it can be renovated, then we will go in and see if what we recommended has been done.”

Ablakwa making noise about Akufo-Addo’s flights for politica...
30 minutes ago