As High Court Upholds the illegality of Assin North Legislator, NDC must cling to an appeal 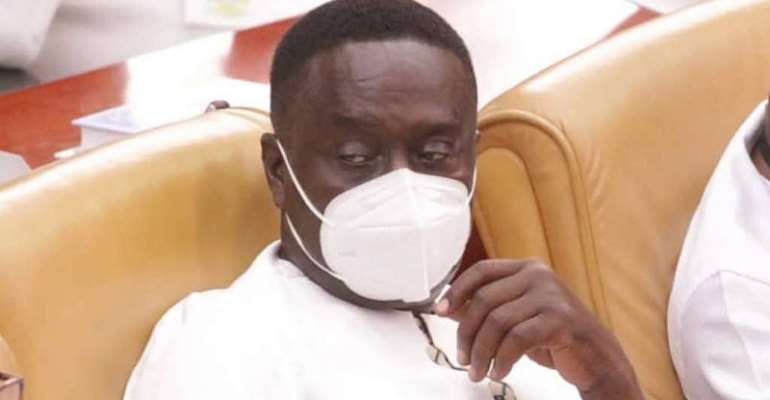 The Cape Coast high court’s annulment of the 2020 parliamentary election of the Assin North constituents is a clear affront on the fundamental human rights of the beleaguered lawmaker.

Is the Judge saying that if he graduates from a university and his certificate is not ready, he did not graduate? If James Gyaakye Quayson started his denunciation of the Canadian citizenship process in the lead up to the registration, then whence from illegality in a country engulfed with a senseless bureaucratic bottleneck? Be that as it may, I think NDC must quickly invoke a writ of certiorari from the Supreme Court [SC] to quash this travesty of justice.

In the run-up to the 2020 election, the SC of Ghana ruled that a Ghanaian citizen can vouch for others' right to be voters. All that Mr. Quayson will have to do is to provide three of his constituents to vouch that he did denounce his Canadian citizenship prior to filing an application and that the electoral commission gave him a nod to contest. I haggle to catch the drift if this high court judge can condescendingly determine a candidate’s citizenship based on documentation contrary to the SC position. Mr. Quayson and NDC must make sure the SC takes "suo motu” notice of this error on the part Cape Coast high court judge.

As far back as 1759, Adam Smith coined a version of moral sentimentalism in his theory of moral sentiment [TMS]. The central theme of Smith TMS is the principle of the impartial spectator. The impartial spectator can be elucidated as a man having a fantasy in between a woman’s breast. The woman’s approbation or disapproval offers the guy some inferences to reflect on the nature of his conduct. By impartial spectator, Smith posited that humans as sentient creatures care about what others think of them. Reeling under this remarkable moral edifice on this foundation, Smith perceived human beings as both agents [must care about what others think of us] and spectators [as observers and judges]. Smith did not lay out jurisprudential philosophy but tacitly laid down the imperative need for judicial independence. Judges must beware of their professional oath and be fair when dispensing justice.

It is unfair for EC to clear Mr. Quayson to contest an election only for a court to retroactively explore technicalities because the election did not favor some group of people. EC must be penalized for the negligence of duty, not Jame Quayson. Ghanaians living abroad contribute substantially toward the Country’s Gross National Product [GNP]. At the apotheosis of globalization characterized by modern technology, international conglomerate capitalism, and INTERPOL, Ghana must embrace diversity and expunge this Dual citizenship law. Africa is taking off towards a new democratic paradigm; an impartial justice system is maximally essential to African development.