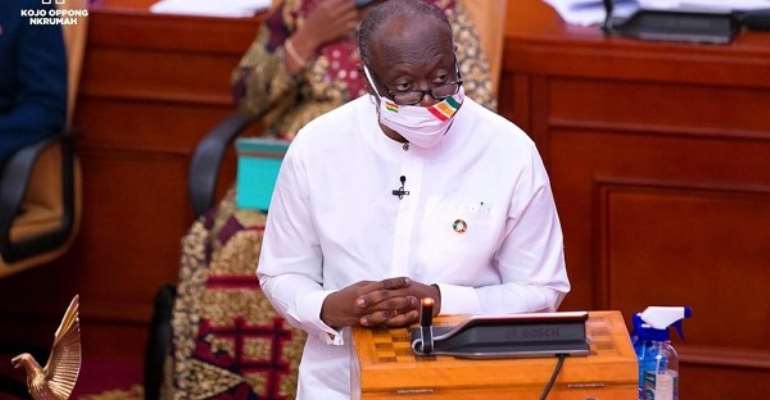 The National COVID-19 Fund has so far received GH¢57.15 million in cash donations, this is according to the Finance Minister, Ken Ofori-Atta.

He said more than GH¢52 million of the amount has already been disbursed in cash and procurements to various beneficiaries.

The Minister made this known while presenting the 2021 mid-year budget review to Parliament on Thursday, July 29, 2021.

The Trust Fund was established to assist the poor and vulnerable during the COVID-19 pandemic, especially as many businesses were severely impaired by the outbreak of the disease.

Donations to the fund began pouring in immediately it was established by President Nana Akufo-Addo in 2020 with former Chief Justice, Sophia Akuffo appointed as its Chair.

As of April 2020, an amount of GHS34 million had accrued to the fund, indicating that as COVID-19 restrictions eased and economic and social activities gradually normalized, the volume of donations to the fund significantly dropped.

Per the minister's announcement, only GH¢23 million accrued to the fund in a whole year; between April 2020 and April 2021.

Following claims by some members of the public that the fund's trustees were diverting some of the donations coming in, the chairperson, Sophia Akuffo said such comments are unfair.

She indicated that the accounts of the fund are currently being audited to dispel speculations of corruption.

“We at the trust fund appreciate and are ready to render accounts for our stewardship at any point in time when it becomes necessary to do so. Therefore, I consider it rather unfair and very embarrassing when some sections of the public and in the media, whether due to political expediency or ignorance about the nature of our mandate or simply out of sheer mischief, attempt to throw mud and malign the trustees and staff of the fund.”

“Our accounts are being audited by the Audit Service as I speak. We have been in existence for a year now and in due time the report of the Auditor will be published.”

MMDCE appointments shouldn't be seen as job for the boys' - ...
47 minutes ago