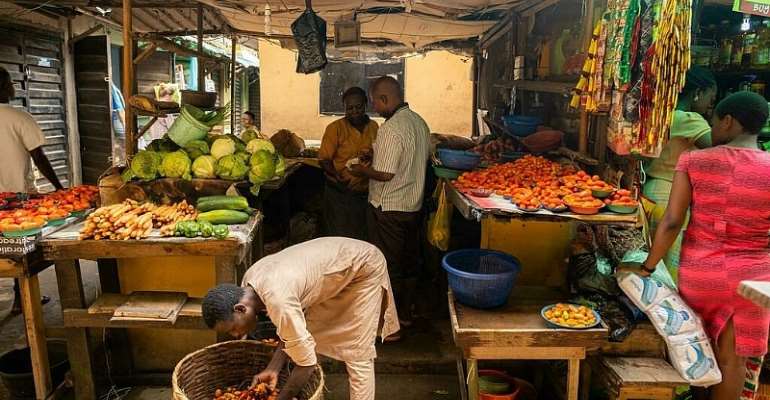 As Lagos, Nigeria's capital and the state with the largest amount of urban poor, faces a new spike in Covid-19 cases in its third wave of coronavirus, its residents are going hungry due to lack of a social security safety net, according to a new Human Rights Watch (HRW) report.

The report, Between Hunger and the Virus, was carried out between March 2020 and May 2021. It analyses the impact the lockdowns have had on the urban poor in Lagos.

The state of Lagos is Nigeria's wealthiest state, but has more than 380 slum communities.

Nigeria does not guarantee benefits to casual workers - usually the poorest - who become unemployed.

When buildings and universities were shut down in March during the pandemic, many people lost their jobs, including Margaret Okuomo, who had cleaned dormitories for 13 years at the University of Lagos.

“We don't eat like we used to. People who used to eat three meals are now eating one,” she told HRW late last year.

The poorest are falling through the cracks and are going hungry, according to HRW.

HRW and their local NGO partners spoke to people across the spectrum, who said that they had been cut off from access to work, and therefore, to food.

Nigerian laws have no provision for unemployment or child benefits as no legal right to social security is part of the text, which left Okuomo at a loss.

In Nigeria, the World Bank estimates that only four percent of the poorest 40 percent had any form of social safety net program, even though there is a pension scheme for both the formal and informal sector.

Delays affect residents
However, in June 2020, the federal government put in a Economic Sustainability Plan that would help the poorest by spending 4.7 billion euros to help Nigerians against the economic impact of the Covid-19 crisis.

The money would be used over a 12-18 month period and include a cash transfer program to help struggling families.

While some families did receive cash, according to NBS surveys cited by the report that looked at a three-week period from late April to May, only 2.2 percent of families had received cash transfers since mid-March, and 12 percent had received food assistance.

“By November 2020, just 0.6 percent of households had received cash transfers and 3.5 percent food assistance since October,” said the report.

Another part of the plan started at the beginning of 2021 with a goal of reaching one million primarily poor urban dwellers in a “rapid response” cash transfer program.

Although Lagos residents make up more than 10 percent of Nigeria's population, they received less than one percent of the cash transfers paid nationwide between March and December 2020.

What's needed to protect urban poor
While the Nigerian social security system was shaky at best, the Covid-19 crisis provides an opportunity to correct the issue and expand social protections for all, according to HRW.

The international human rights group believes that Nigerians' right to social security should be a part of the law, ensuring unemployment benefits, including for those in the informal sector, and child benefits.

Currently, the federal and Lagos State governments should extend and expand the social assistance programs used to respond to Covid-19, which includes cash and food aid, and assess what people need, whether it is access to food, water, housing, and/or education.

“The federal and state government should also break down any potential barriers to access to social assistance for urban poor communities, such as a requirement that beneficiaries have access to a bank account, telephone credit, or proof of residency,” said the report.

This notes the issues that poor people are routinely faced with when trying to register for government assistance.