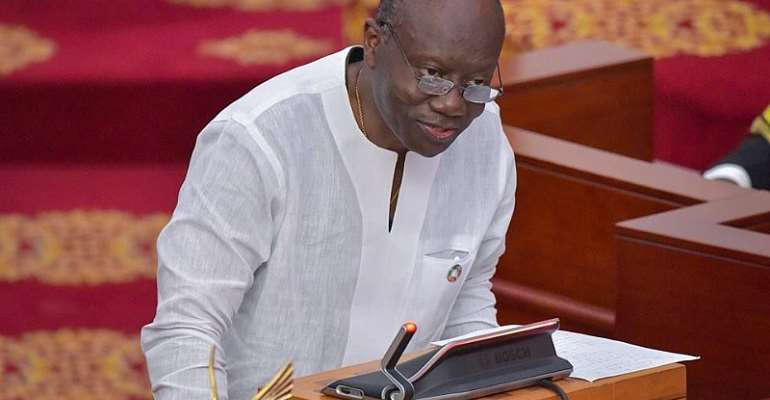 Finance Minister, Mr. Ken Ofori-Atta believes the Akufo-Addo government is managing the Ghanaian economy with the competence it deserves.

According to him, the benefits of the discipline seriousness with which the current government attaches to managing the economy has yielded positive results.

The Minister made this known on Thursday, July 29, 2021, when he presented the 2021 mid-year budget review.

“We are managing the finances of the country with discipline and competence. The fiscal operations from January to June 2021 indicate that the overall budget deficit was GH¢22.32 billion, equivalent to 5.1 percent of GDP.”

“The corresponding primary balance for the period was a deficit of GH¢7.3 billion, equivalent to 1.7 percent of GDP, against a target deficit of GH¢4,797 or 1.1% of GDP,” he said.

Although most Ghanaians were expecting the finance minister to ask for more money to spend in the remaining months of 2021, Mr. Ofori-Atta did no such thing.

He told Parliament that government will not spend beyond what was approved for it earlier in 2021.

“Mr. Speaker, this Mid-Year Fiscal Policy Review that I am presenting does not come with a supplementary budget, and our revised fiscal framework for 2021 is kept within the fiscal target of 9.5 percent of GDP. We are staying within the 2021 Appropriation.”

“I am not here today to ask for more money. I have not come to ask for more taxes. I have come to update the House on the performance of the economy for the first half-year of 2021 and our plans for the unexpired term of the year, consistent with section 28 of the PFM Act,” he said.